Fulfill his contract with his host.

The Wolf Imagin is a particularly hot-tempered and psychotic Imagin appearing as main the antagonist of episodes 17 and 18 of Kamen Rider Den-O.

He was voiced by Nobuyuki Hiyama.

The Wolf Imagin took as his host a woman named Yuka, who wished to relive her high school days. To fulfill the wish, Wolf vaporized high school girls and stole their belongings to give to Yuka. Wolf later travels to the past and is confronted by Kamen Rider Den-O Gun Form, who prevents the Wolf Imagin from completing its mission to kill Yuto Sakurai.

After being stuck in the past for a day with no new information from Kai of Yuto Sakurai's location, the Wolf Imagin goes on a rampage to ease its boredom, destroying buildings filled with people. Wolf was soon confronted by Den-O again, who fought him in both Rod and Ax Form before destroying him with Sword Form. 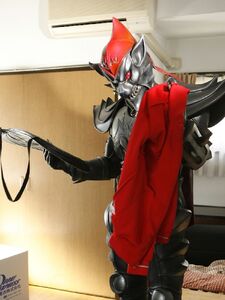 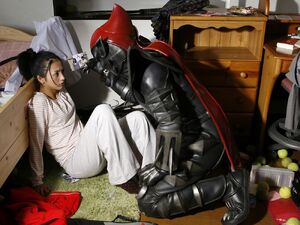 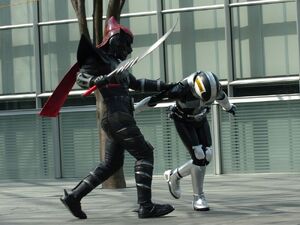 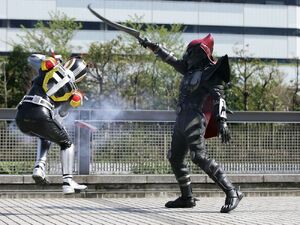 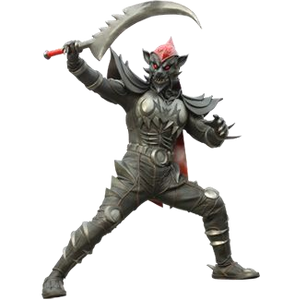