Keep the Habsburg Monarchy in control over Austra.

Wolfram (in Japanese: ヴォルフラム) is a major antagonist of the manga Wolfsmund from volumes 1 to 6. He is exorbitantly cruel and merciless bailiff who oversees the barrier station Wolfsmund "The Wolf's Maw", and is responsible for inspecting all those who wish to pass through, often delivering horridly excruciating punishments of those deemed guilty of treason.

Wolfram was a governor who served under the rich and powerful Habsburg Monarchy led by Duke Leopold I. Wolfram assisted in the conquering and oppression of Austria for control over the profitable Gotthard Pass and the lands around it. Prior to becoming overseer of Wolfsmund, Wolfram was the head of a squadron responsible for the extermination of villages suspected of treason. Among the villages destroyed was one that was home to twins Albert and Barbara; Wolfram spared their lives, but removed one eye each from the two and had them sold into slavery.

In the present, Wolfram was charged with becoming the overseer of St. Gotthard Pass, inspecting any travelers who wished for entry. Under his watch, St. Gotthard Pass became known as Wolfsmund, translating to "The Wolf's Maw", due to the horrific fates that would befall those who attempted to pass through and were deemed traitors. Successfully passing through was borderline impossible, as Wolfram would use any means necessary to expose those travelling as enemies to the Duke, resulting in their often horrific demise. One of the few people who managed to escape Wolfram's clutches was Walter Tell, the son of famous rebel Wilhelm; however, in the chase that ensued, Wilhelm did not survive.

Around a year after Walter's disappearance, Wolfram was confronted by two seeming travelers who revealed themselves to be the now-adult Albert and Barbara, though Wolfram did not remember them. Despite the twins' proficiency, they were ultimately overpowered and killed. However, Wolfram realized too late that the twins had merely been a distraction to allow Walter to infiltrate the pass and deliver information regarding the upcoming assault and takeover of Wolfsmund to the rebels on the other side of the pass. Realizing Walter was the same man who had evaded his clutches the previous year, Wolfram had Walter's mother Hedwig and younger brother Wilhelm tortured for information. Failing to get the information he wanted, Wolfram ordered the two to be executed by being fed to ravenous wolves, hoping to draw Walter out. He chose Wilhelm to be thrown to be the wolves, but Hedwig jumped in after him, resulting in both being mauled to death. Secretly, Walter witnessed their deaths, but was forced not to intervene.

Shortly afterwards, the army of the Eternal Alliance launched a full-scale assault on Wolfsmund. Though they initially appeared to have the upper hand, setting much of the pass aflame with Greek Fire, Wolfram soon counter-attacked, revealing that he also had large amounts of Greek Fire in stock; in addition, the roof of his house was guarded with slate roof tiles and sheet copper, rendering it immune to being set aflame. Though Wolfram was confident that he would be able to hold off the invaders until the Duke returned with reinforcements, the Eternal Alliance slowly began to overwhelm Wolfsmund's defenses. One member, Kurt, managed to lower the drawbridge to allow the invaders to cross; however, he was captured and the invading squadron, including Walter, were trapped between the gates. Wolfram ordered Kurt to be executed via strangulation while simultaneously ordering the trapped invaders' deaths by having boiling oil poured upon them; however, more enemies infiltrated from the south gate. Losing confidence, Wolfram abandoned his men to fight against overwhelming odds and retreated to the west building.

Even as Wolfsmund was flooded with invaders, Wolfram denied requests from his men to surrender, even killing one of them by shoving him off the balcony, and ordered the others to fortify their position. Even with much of the barrier's defenses killed, the barrier itself proved to be a dangerous location, with several soldiers falling victim to covert traps placed throughout the castle. Bypassing the castle's traps, Walter and Hilde searched the building for Wolfram, eventually reaching the balcony. There, they were ambushed by Wolfram, who fatally stabbed Hilde with a dagger before engaging Walter in combat. Wolfram proved to be a lethal fighter, disarming and severely injuring Walter. However, Walter, with his last ounce of strength, managed to outmanuever Wolfram and break his arms, defeating him and allowing for the rest of the invaders to capture him.

Upon his capture, Wolfram attempted to bargain for his freedom, warning the Eternal Alliance that the Duke's army would soon return and wipe them out, and offered to have the Duke spare their lives if they treated him with hospitality. However, due to Wolfram's inhumane actions coupled with Wolfram's aggravatingly elitist attitude, the Eternal Alliance instead sentenced him to public execution by having a stake driven through his body.

Wolfram is an exceptionally sadistic individual with a love for torturing, both physically and psychologically, all those who cross his path. He conceals his more monstrous side behind a veneer of charm and politeness, always wearing a cheerful smile on his face even when indulging in his sadism. Wolfram particularly enjoys toying with his victims, often giving them false hope, only to crush it on a whim; this is best displayed when he is deciding between whether to execute Hedwig or Wilhelm. He decides by having a small sword dropped, and the direction in which the sword fell would determine who would be executed. When the sword appeared to land on Hedwig, he allows her to believe that her son would be spared, only to reveal that Wilhelm would be executed, as the end of the sword was pointed at him.

Wolfram was also immensely unforgiving and intolerant of any failures or mistakes on his men's part. Upon receiving word from one of his soldiers that unknown people were seen prowling in the mountains, Wolfram has the soldier executed for not telling him sooner, in spite of the soldier explaining that there was no opportunity to. When his men fail to capture Walter a second time, Wolfram sentences them to work in the mountains until they die.

Even in dire circumstances, Wolfram retained a sense of confidence and arrogance. During the siege of Wolfsmund, Wolfram remained assured that he would remain unharmed. Even when captured by the enemy, Wolfram was confident that they would spare his life, in spite of all the crimes he had committed against them and their comrades. However, beneath this confidence laid a deeply cowardly side to Wolfram. When the south gate's defenses were shattered, allowing enemy soldiers to enter the castle, Wolfram immediately abandoned his men to die against overwhelming odds. Upon learning that he would be sentenced to death by impalement, Wolfram's smug demeanor crumbled and he was reduced to a panicked, terrified wreck as he was slowly, painfully executed. 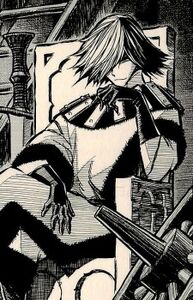 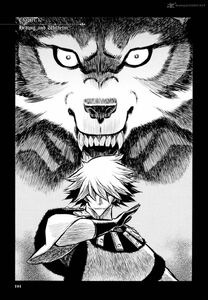 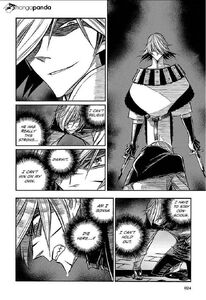 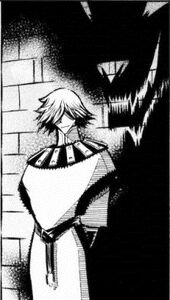 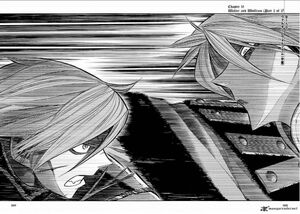 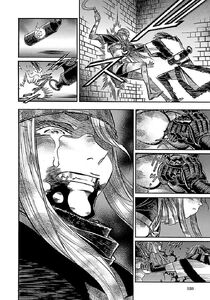 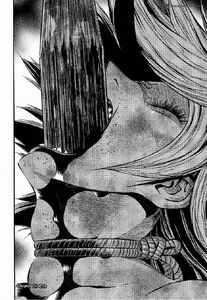 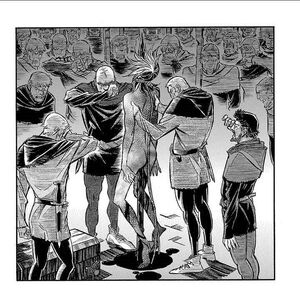 Wolfram's demise.
Add a photo to this gallery

Retrieved from "https://villains.fandom.com/wiki/Wolfram?oldid=3892764"
Community content is available under CC-BY-SA unless otherwise noted.