To be always free and create chaos throghout the universe (failed).

Wootox is a minor antagonist in Power Rangers S.P.D.. He appears only in the 17th episode "Recognition".

He is voiced by Jeremy Birchall who previously voiced Snipster and Shimazu from Ninja Storm and later voiced Slate from this series, Skyfish from Megaforce, Yellzor from Super Megaforce, Megamauler and Shelldax from Super Ninja Steel and both Railtron and Raildrone from Beast Morphers.

Wootox was an evil alien and a very dangerous intergalactic criminal who was responsible for destruction of more than 50 planets. Because of this he was wanted throughout the galaxy. He wore translator on his neck since without it his voice sounded distorted and incoherent.

When Wootox arrived on Earth in his robot and started wreaking havoc in New Tech City, the SPD Rangers, along with their commander, Doggie Cruger, destroyed his robot. Wootox escaped from this robot and decided to take over Delta Base. He briefly fought Rangers but was defeated, captured and taken to a custody for questioning.

Blue Ranger, Sky, was taking Wootox to the holding cell but when he tried to place him in it, Wootox used golden crystal on his forehead to switch bodies with Sky. Wootox ended up in Sky's body and Sky ended up in Wootox's body. Then Wootox, in Sky's body, morphed into a Blue Ranger and removed and then destroyed the translator around his old body's neck so that Sky would be unable to clearly communicate with anyone (without translator, Wootox's voice sounded very incoherent). Then Wootox trapped Sky in the holding cell and demorphed in order to find Delta Base Megazord cockpit.

Cruger claimed that Wootox can't be trusted and permission was then given by judge to confine him. But Sky, in Wootox's body, escaped from holding cell with some efforts, which caused alarm to go off. The Rangers, along with Wootox in Sky's body, searched for Sky in Wootox's body. Sky found Wootox and subdued him, but when he tried to switch bodies back, other Rangers suddenly appeared, thinking that Wootox was attacking Sky. Sky fought off his friends and escaped from the base. While other Rangers went to look for him, Wootox resumed his search for Delta Base Megazord cockpit.

He found Kat Manx and asked her where it was. Then Rangers' robo-dog, RIC, sensed that it wasn't real Sky and tried to attack him, but Wootox used Sky's civilian blaster to disable it. Then he fought Kat and subdued her, but Cruger appeared and realised that he wasn't real Sky. Wootox admitted that he swapped his bodies with Sky and morphed into a Blue Ranger. Cruger then morphed into a Shadow Ranger and started fight with Wootox. Wootox defeated Cruger and managed to find the Delta Base Megazord cockpit.

Meanwhile real Sky, after figuring out Wootox's plans, decided to intercept him and get his body back. He got past other Rangers and made it into Delta Base as it started transforming into a Megazord. When Wootox tried to attack the city with it, Sky got into cockpit and prevented him from doing so. As they fought each other, both fell out of the Megazord and continued to battle on the ground. During the fight Sky got an upper hand and caused Wootox to demorph. But when he was about to grab him, other Rangers suddenly arrived, again thinking that Wootox was attacking Sky. Shadow Ranger also arrived and informed everyone about the bodyswap. Thanks to RIC they managed to recognize who was the real Sky. They grabbed Wootox and Sky used crystal on Wootox's forehead to switch their bodies back.

After getting his body back, Sky morphed into a Blue Ranger. Then they defeated Wootox and used RIC in Canine Cannon Mode to place him in a Containment Card. 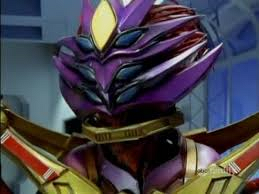 Close-up of Wootox's face
Add a photo to this gallery

Retrieved from "https://villains.fandom.com/wiki/Wootox?oldid=4143025"
Community content is available under CC-BY-SA unless otherwise noted.