Kill every human aboard Sevastopol Station (succeeded, though not through them)
Protect the Xenomorph hive (failed)

The Working Joes are the secondary antagonists of the 2014 horror game Alien Isolation.

Unlike the advanced androids created by Weyland-Yutani, which are almost indistinguishable from regular humans, the Seegson Working Joes possess hairless rubber skin and lacking facial movement. While most of them wear a blue jumpsuit, those working at the Sevastopol reactor core and the APOLLO core wear plastic Hazard Suits, those also being significantly more durable than their regular counterparts. Their glowing LED eyes change color depending on their hostility level, being white while passive and red while aggressive.

The Working Joes completely lack independent thought and only follow the programming applied to them by the APOLLO A.I., which controls every single Working Joe on Sevastopol Station. During the first half of the game, the Working Joes mostly remain in their assigned positions and maintaining the essential functions of Sevastopol. They will ignore or assist any humans they come across, provided said human is not violating station protocol (such as entering a restricted area) or deemed a threat to the Xenomorph. Should these parameters be met, the eyes of the Working Joe will turn red and all Joes in that area will attempt to kill the offending human, then return to their regular routine.

The Xenomorph and the Working Joes are not inherently hostile to each other and will ignore one another during regular gameplay. While the Working Joes ignoring the alien is explained by them being under special orders from APOLLO to protect it from harm, but the alien ignoring them in-kind is presumably because it views them as simply machinery and thus not a threat. Though dismembered Working Joes found in the Gemini Exoplanet Solutions lab module suggest that it does attack them under certain circumstances.

Following the human's successful attempt at launching the Xenomorph into the nearby gas giant, APOLLO deemed all remaining humans on Sevastopol a threat to the hive located in the reactor core, causing all Working Joes to abandon their posts and go on a murderous rampage. 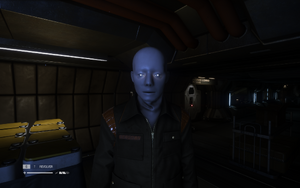 One of the first Working Joes encountered aboard Sevastopol Station. 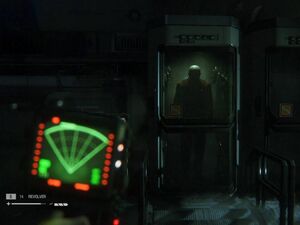 A requisitions android in stasis. 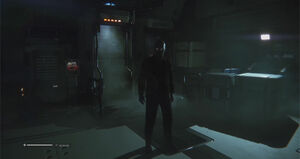 A requisitions android awakened by Amanda. 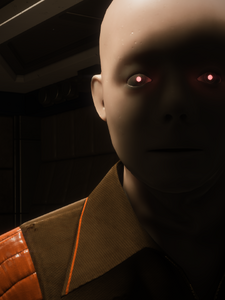 Close-up of a hostile Working Joe. 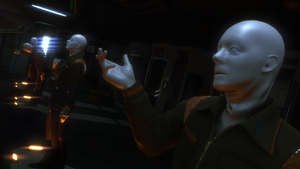 Various "mannequin" versions of the Joes in the Synthetic Showroom located in Seegson Synthetics which were supposedly intended for "display purposes only". 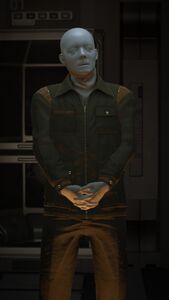 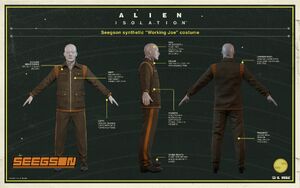 A cosplay guide to the standard Working Joe outfit. 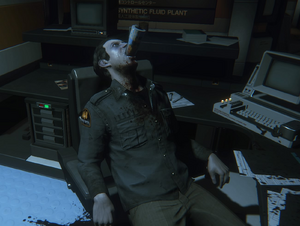 Smythe, one of the numerous crewmembers ruthlessly murdered by a Joe. 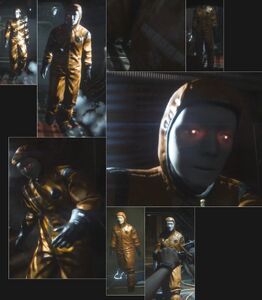 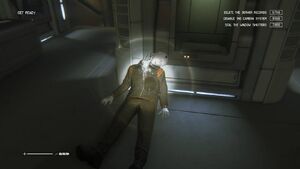 One of the Working Joe's Dead Corpse. 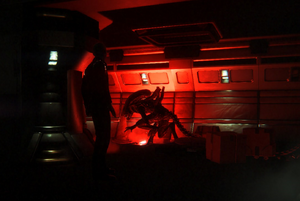 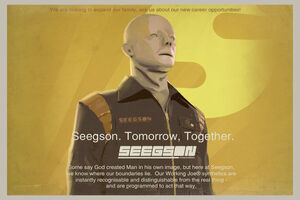 One of the many advertisements for a Working Joe on-board Sevastopol. 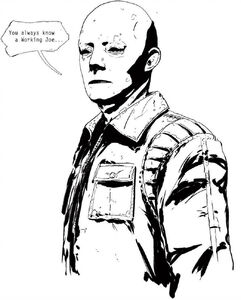 Original sketch of a Working Joe by Tristan Jones. 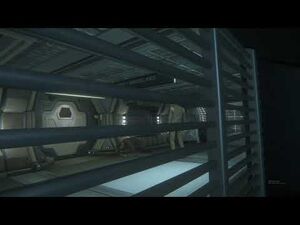 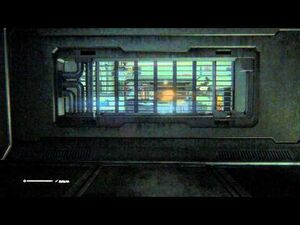 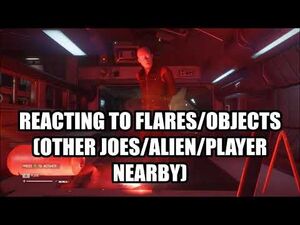 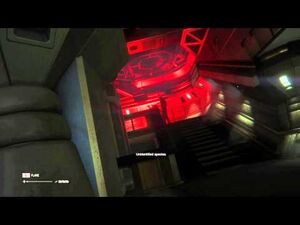 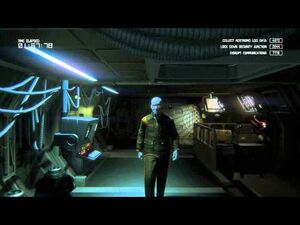