Leader of the Shadoen Multitude

To have the Shadoen take over the planet Earth; to kill Nick Logan (failed)

Wraith is a Shadoen and the main antagonist of the short-lived animated tv show Roswell Conspiracies: Aliens, Myths and Legends.

In 1946 after the second World War near Roswell, he murdered James Rinaker and absorbed his biological tissue to replicate his DNA and helped stage the Roswell Incident.

He would later become leader of the Global Alliance after capturing Walter Logan and put him in stasis for a number of years so he can carry out his plot to further divide and weaken the factions on Earth before the Shadoen Multitude's second arrival.

But Walter's son, Nick discovered the truth and exposed Wraith, blowing his cover, forcing him to revert to his true form and escape. In the two-part finale, he assumes complete command of the Shadoen Multitude after Keel's ship was hit by a nuclear warhead. Wraith is killed when the Shadoen Multititude is wiped out by the EMP bomb. 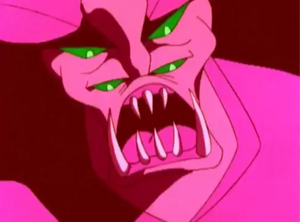 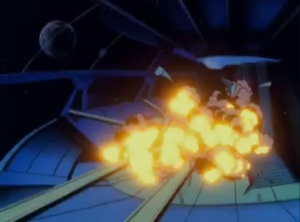 Wraith killed in an explosion caused the EMP bomb.
Add a photo to this gallery
Retrieved from "https://villains.fandom.com/wiki/Wraith_(Roswell_Conspiracies)?oldid=3370976"
Community content is available under CC-BY-SA unless otherwise noted.