Villains Wiki
Register
Don't have an account?
Sign In
Advertisement
in: Mature, Doctors and Scientists, Humanoid,
and 15 more

Intellect
Doctor Wu:
Power to break down his body into fragments
Ability to possess others
Stealth

Continuing his research on Locacaca (both failed).

Wu Tomoki, also known as Doctor Wu, is a minor antagonist in JoJo's Bizarre Adventure: JoJolion. He is a doctor/surgeon working at TG University Hospital, as well as a Rock Human working for the Locacaca Organization. He wields the Stand known as Doctor Wu.

Before the events of JoJo's Bizarre Adventure: JoJolion, Wu Tomoki naturally was successful in his endeavors of life, passing his exams for both school and to become a doctor, as well as getting a driver's license, on his first try. Later on, he secured a job at TG University Hospital as a doctor and surgeon, working for the Locacaca Organization as he does so. Wu later becomes Mitsuba Higashikata's doctors following her ailments.

Wu Tomoki is first seen studying Mitsuba Higashikata's ear, revealing to her that it's made of rock and thus causing her inability to hear with it. Although originally fine with leaving her been, Mitsuba lamenting over her condition causes him to chase course to offer his services to cure her, which she accepts. That said, his medical mistreatment is the true cause of her condition, and his "treatment" really turn more and more of the poor woman to stone.

Later on, Yasuho Hirose studies security camera footage to eventually have a hunch that Wu is truly a minion of Locacaca Organization, suspecting he is partially responsible for the death of Poor Tom. Investigating this and his strange absence, she only has time to find Mitsuba's deconstructed wheelchair in his desk before she is attacked by Doctor Wu's effects. Yasuho is knocked out by this, and dragged into Wu's office by a possessed Mitsuba.

After she reawakens and teams up with Mitsuba, Wu exists the latter's body to reveal himself, and chases after the two as they escape. This chase also causes Mistuba to awaken her Awaking III Leaves, after realizing her unborn child's life was seemingly exchanged for her healed legs. Although temporarily pinned to the celling due to Awaking III Leaves, Wu later catches up to the heroes hiding inside an elevator.

Insuring his treatment's overall benefits and going on how he and his race are the true heroes in the situation, Wu afterward tries to take control of Mistuba once more, only to be stopped by Awaking III Leaves yet again. Further trapping Wu with medical tape, his hostility is only met with being knocked down further by the two woman. Mitsuba then wraps up Wu's head, and despite his pleading, tosses it out of a window to destroy it.

However, Wu manages to come back by hiding himself in the hospital's sprinkler system and the Locacaca. Mistuba tries to eat one of the fruit to save her child, only to be possessed once more by Wu. Fighting Yashuo inside her body, Wu eventually is forced out of Mistuba through Paisley Park, and Josuke Higashikata finishes off the doctor by sealing his fragments inside Soft and Wet's bubbles mixed with medical cement to make him drown. Despite the possession, however, Mitsuba's tactic to save her child works, saving them at the cost of her nose.

Average in size and stature, Wu Tomoki sports a black flattop haircut with various dark blue dots lining the sides and tops and teal lipstick. For clothing, he wears a white doctor's uniform with three tags reading "DoCToR" on his coat and gold clips.

Although willing to keep his ties as a member of a evil organization under wraps and still a villain, Wu Tomoki appears at first be a generally kind man who claims to have never once failed in his life, be it in education, exams for something, or even in love life, claiming to be able to sense if a woman would be bad to approach. Believing himself to be good in nature, Wu treats the Locacaca as a powerful item that has benevolent abilities, and its cures would bring forgiveness and peace in the victim no matter his treatments. That said, his willingness to hide his ties, habits of possessing others, and hostile nature still renders him a villain, to the point he basically taunts Mitsuba for her child's life being sacrificed due to it being technically legal and breaks vials around him when fighting Yashuo to threaten a controlled Mistuba with disease. Wu also has a strange habit of snacking on nori and silicon-infused water mid-coversation, although he does ask whoever he's talking to if he's able to indulge on his favorite treats.

With Doctor Wu, Wu Tomoki is able to have his body be reduced to numerous small stones and reform himself afterward, which he then often invades his foes' bodies with. Inside someone's body, Wu can cause them to have a allergic reaction or possess them to do as he desires. For the latter ability, it's possible Wu needs a nearby rock as a anchor however, in order to paralyze them for WU to take command. Wu can also add objects to his gravel to induce their effects, such as he does with sleeping pills in an attempt to disarm Mitsuba and Yasuho. 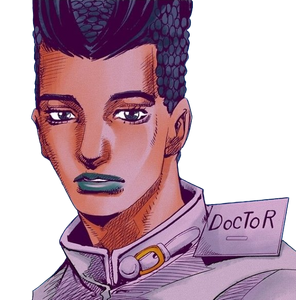 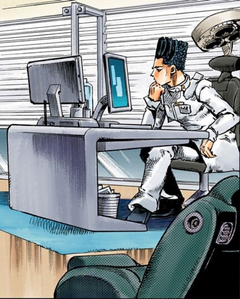 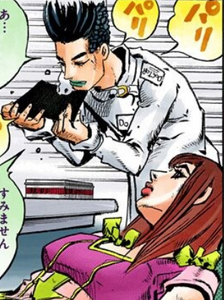 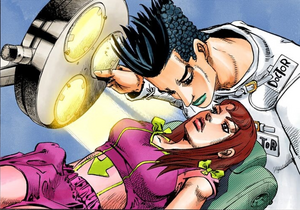 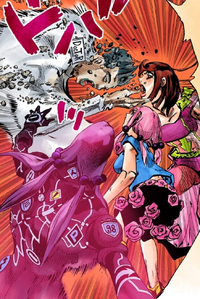 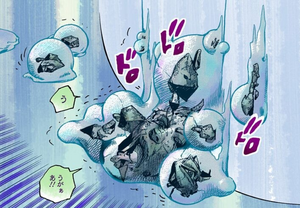