X-24 is the final antagonist in the 2017 Marvel superhero film Logan. He is a clone of James "Logan" Howlett, or the Wolverine, under control of Dr. Zander Rice.

As with Logan/Wolverine, he was portrayed by Hugh Jackman, who also played Keller Dover in Prisoners, Vincent Moore in Chappie, and Blackbeard in Pan.

After Essex Corp's Project Transigen was considered a failure because the X-23 children refused to kill, Dr. Zander Rice began working on a new project, a clone of Wolverine with no emotions or free will.

After Logan, Xavier, and Laura escape the Reavers at the hotel, Rice decides to send X-24 after them. While staying at the Munsons', X-24 sneaks inside the house and fatally stabs Xavier with his claws before briefly fighting and then placing Laura in restraints. When the Munsons try to intervene, he kills them as well, before taking Laura out of the house. As he's bringing her to Rice, however, Jackson and his thugs show up and mistaking him for Logan, offer to buy him off. When he does not speak, they pick a fight, only to end up slaughtered.

After Xavier dies, Logan tries to fight X-24, but is outmatched by the younger clone, and is only saved at the last minute by the dying Will Munson, who impaled the clone on farming equipment by crashing into him with a pick-up truck before repeatedly shooting him in the head with a shotgun, leaving him incapacitated.

The next day, Rice helps to heal X-24's injuries using a serum for amplifying mutant powers and brings him along when he and the Reavers catch up to Laura and the other X-23 children. After Logan shoots and kills Rice, the Reaver commander, Donald Pierce, releases X-24 from his cage and battles Logan once more. Upon seeing that Rice has been killed, X-24 is further enraged and, despite Logan being assisted by Laura and another X-23 child, Rictor, he manages to fatally impale Logan on a fallen tree's branches. However, he doesn't live long enough to see Logan die, as Laura kills him with the same adamantium bullet that Logan had planned to commit suicide with.

Genetically engineered as a killing machine, X-24 had a barbaric and feral mindset like an attack dog he would only listen to and or kill whoever his creator, Zander Rice would command. Little more than a savage animal, he embodied what Logan would have been if he had less control, had he not become an X-Man. Gabriela Lopez described X-24 as something "without a soul".

However, despite X-24's seemingly mindless and primitive nature, he displayed some level of thought outside of Rice. For example, he savagely murdered the Munson family and Jackson's gang when they attacked him despite Rice's commands for him to stop. Upon seeing Logan while taking Laura out of the Munson house, he did not attack Logan immediately, but rather gave an aside stare before leaving - either indicating that X-24 was simply focused on his goal and did not see Logan as a threat due to how similar they looked, or he could have sensed Logan's shock and confusion toward their similar appearances and the unexpected murders, and thus spared Logan until he regained the composure to fight outside later. When Logan killed Rice, X-24 appeared enraged at the sight of Rice's corpse, stemming either from his absolute loyalty to Rice or possibly having looked at Rice like a father-figure, and began behaving more savagely and rage-driven, thrashing Logan around more brutally before delivering the killing blow. This implies him to be a more sadistic killer than a simple mindless lapdog. 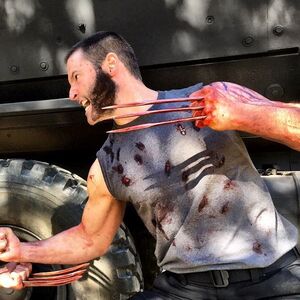 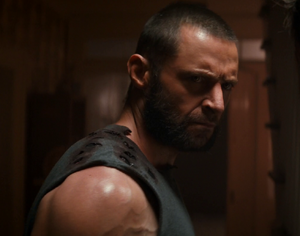 X-24's vicious stare as he meets Logan for the first time. 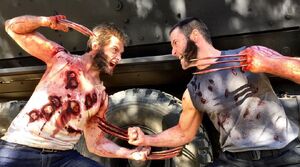 Retrieved from "https://villains.fandom.com/wiki/X-24?oldid=3141372"
Community content is available under CC-BY-SA unless otherwise noted.