X-Ray is a supervillain from Marvel comics and a member of the U-Foes, a gang of criminals that are similar to an evil-version of the Fantastic Four.

Jimmy Darnell was part of a team organized by Simon Utrecht a millionaire, public official, and industrialist who wanted to simulate the crash that led to the powers of the Fantastic Four. He promised each member of the team superpowers due to exposure (although intentional, not accidental) to cosmic radiation. During this launch, Dr. Bruce Banner (known as the Hulk) was on hand at the base, and believing the ship to be having problems, guided it back to Earth. The now-changed humans called themselves the U-Foes (possible in connection with Utrecht's last name) and blamed Banner for cutting short their radiation exposure.

They again battled the Hulk and this time defeated him. In triumph, they exhibited the captive Bruce Banner on national television. However, Banner was freed by Rick Jones, Betty Ross, and the alien Bereet, and Banner transformed into the Hulk and defeated the U-Foes.

Along with the other U-Foes, he joined Thunderbolts Army and after the Civil War. James was among the 142 registered superhuman who registered as part of the The Initiative. Hood

Though a registered hero, X-Ray later joined the Hood's criminal organization who planned to take advantage of the split in the superhero community caused by the Superhuman Registration Act. During the Skrull Invasion, he was among the many supervillains who rejoined the Hood's Gang and attacked an invading Skrull force.

When a Skrull booby trap went off in Project P.E.G.A.S.U.S., he was one of the two U-Foes who were attempting to escape and was dealt with by Nova.

X-Ray can transform and emit any and all forms of radiation in the electromagnetic spectrum. He can project hard radiation as devastating blasts from his hands, and is capable of flight at unknown speeds. He is immune to most forms of physical injury and does not apparently age. 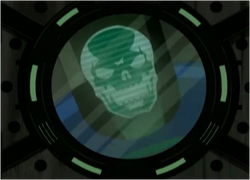 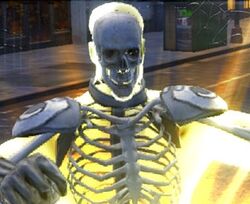