The assistant of Claus Hugu Strandberg

Receive a bag of diamonds from a courier in Strandberg's stead.

Paranoid Smuggler
Xander Haverfoek also known as The Fixer, was the 11th Elusive Target in HITMAN (2016). He was later reactivated as the penultimate legacy elusive target of HITMAN 2 (2018). He was an attaché at the Swedish consulate sent to receive a bag of diamonds from a courier in the city. Agent 47 was sent to eliminate Haverfoek and intercept the diamonds.

Xander Haverfoek was a dual citizen of Thailand and the Netherlands. He had an extended history as "The Fixer" for Claus Hugo Strandberg, specializing in dealing with issues that the banker does not wish to involve himself in.

During General Reza Zaydan's coup in Marrakesh, Strandberg had acquired a package of conflict diamonds, and he planned to move them out of Marrakesh. Given that he was now unable to travel the streets of Marrakesh on his own, he ordered his fixer to hand the diamonds over to a courier somewhere in the city's marketplace. Haverfoek would meet a courier and arranged a covert handoff in the city at some point during the day.

However, Haverfoek was assassinated by Agent 47 before it could take place. The contract required both that the diamonds are retrieved and the target eliminated. 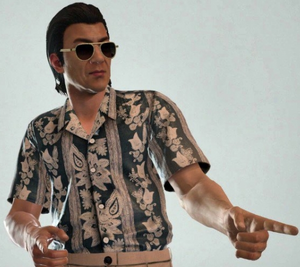 Haverfoek's signature pose.
Add a photo to this gallery 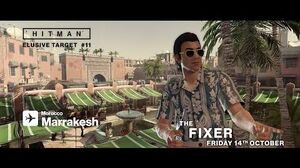 Retrieved from "https://villains.fandom.com/wiki/Xander_Haverfoek?oldid=4256944"
Community content is available under CC-BY-SA unless otherwise noted.