Xavier Chavez is a major antagonist of the 2005 film Saw II, the second installment of the Saw franchise.

He's a 40-year-old deceptive and deranged prisoner in the Nerve Gas House (along with seven others). It was revealed by his own individual test in the house that he was a drug dealer, "offering hope to the desperate for a price". He was framed by Detective Eric Matthews for a crime that he was not responsible for, which resulted in him being sent to prison. Several years later, he was kidnapped by the Jigsaw Killer, John Kramer and placed in a nerve gas house with seven other prisoners while breathing in a nerve agent that would slowly kill him unless he was able to retrieve an antidote.

He was portrayed by Franky G.

After waking up in the nerve gas house, Xavier unintentionally caused Gus's death by turning the key in the Magnum Eyehole door. Once the door opened, Xavier took off into the house on his own, not wanting to be slowed down by the others.

He threatened Obi with a knife to make sure he went into a furnace to retrieve two antidotes for the toxic Nerve Agent being pumped into the bloodstreams of everyone in the house, and later threw Amanda into a pit of needles that was meant to be his own trap. Amanda found the key in the pit that was needed to open the door to get another antidote, but Xavier fumbled with the key in panic and failed to open it in time. After that, he discovered that numbers had been written on the back of everyone's neck, and when put together, they would give the combination to a safe which contained another antidote.

Xavier found the first number on the back of Gus' neck before getting into a violent fist fight against Jonas (self defense in Jonas's part) which ended in Xavier murdering Jonas in cold blood with the spiked baseball bat that Xavier found earlier in the film.

He then continued to read the numbers on everyone's neck, leaving Addison to bleed to death in the Razor Box trap before attempting to hunt down Daniel and Amanda. Along the way, Xavier discovered a discarded photo that revealed that Daniel was the son of the very man who framed Xavier and sent him to prison. Giving him even MORE reason for wanting to kill them.

After cornering the two of them in a disused subterranean bathroom, Amanda reminded Xavier that he'd have no way to read his own number if she didn't tell him. Realizing he had no other choice if he wanted to survive, Xavier used his knife to cut off the skin on the back of his neck and retrieve his number. After doing so, a brief glimpse reveals Xavier's number to be an indigo 25. He then reached forwards for Daniel, who jumped to life and in self defense, sliced Xavier's throat open with a nearby hacksaw, killing him.

Following his death, Xavier's corpse was left to slowly decompose in the bathroom, with his slowly decomposing corpse making appearances in Saw III and 3D. He also appeared briefly in flashbacks in Saw III, V, and 3D, although the first and latter were through archival footage from Saw II. 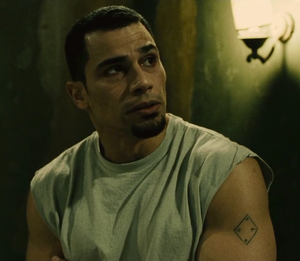 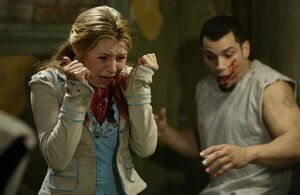 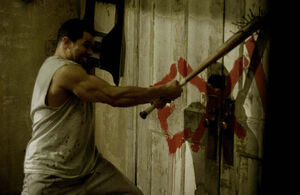 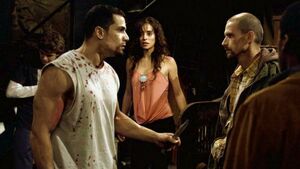 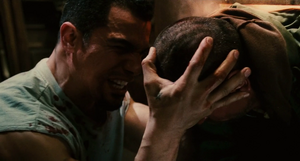 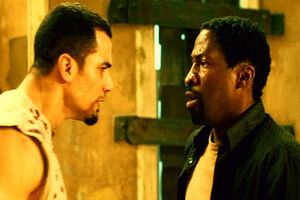 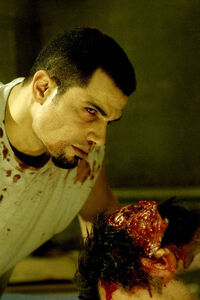 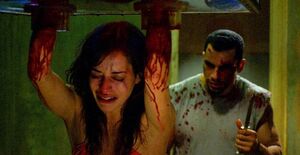 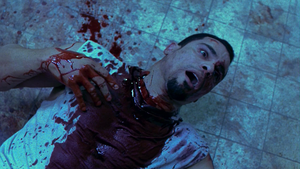 Xavier is Killed by Daniel. 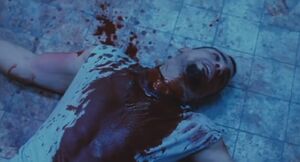 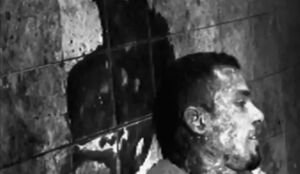 Xavier’s corpse as seen in a behind the scenes video from Saw II. 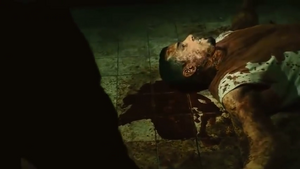 Xavier’s corpse at the end of Saw II. 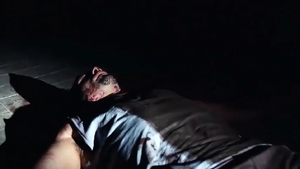 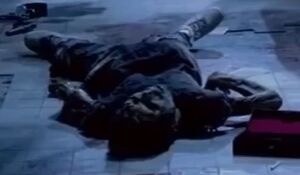 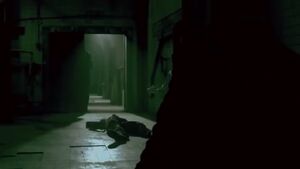 Xavier’s corpse is locked away.