Lord Xavius was a powerful user of magic, and the high councilor to Queen Azshara in Warcraft. He was later turned into the first satyr by Sargeras, before ultimately being transformed into the dreaded Nightmare Lord by N'Zoth.

He takes on the role as a major antagonist in World Of Warcraft: Legion, helping the Burning Legion as its ally while secretly assisting N'Zoth to expand the Emerald Nightmare, acting as the primary antagonist of the Val'Sharah questline. He is the final boss of the Darkheart Thicket as his own shade, as well as the final boss of The Emerald Nightmare, this time in his true severely twisted form.

Xavius was the night elf most responsible for the Burning Legion's interest in Azeroth. It was Xavius who convinced Queen Azshara to creating a portal which Sargeras and the Legion could enter into the world. Xavius welcome several ranking members of the Legion including Hakkar the Houndmaster, and Mannoroth into Azeroth. Xavius's plot was defeated by Malfurion. As punishment for his failures. Sargeras returned Xavius to life as a satyr. 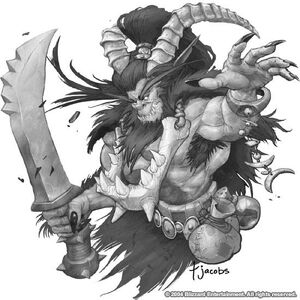 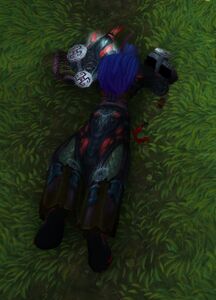 Retrieved from "https://villains.fandom.com/wiki/Xavius?oldid=3388440"
Community content is available under CC-BY-SA unless otherwise noted.