Reshape the universe under his control.
Convert his followers into extensions of Master Xehanort.

He is voiced by Paul St. Peter in English and Norio Wakamoto in Japanese.

However, with only Xigbar knowing the truth, Xemnas's goal is to collect 11 "empty vessels" to hold a piece of Master Xehanort's heart, which would be achieved by connecting them to Kingdom Hearts. But the plan fell apart when all the members deployed to Castle Oblivion were defeated with the defection of Xion, Roxas and Axel half a year later. Regardless, Xemnas continued with the plan as he encouraged Sora to kill as many Heartless as possible before Ansem's interference severely crippled Xemnas's plans. In the end, Xemnas fused with his Kingdom Hearts and battled Sora and company in a fierce battle, but Xemnas ultimately perished.

Due to Young Xehanort's time-travelling, Xemnas comes back as a member of the True Organization XIII. He taunts Sora with knowledge of his heart and the idea of Nobodies having hearts, ultimately revealing the true goals of the Organization. After fighting and being defeated by Sora, Xemnas leaves Young Xehanort to take Sora in. Back in the real world, Xemnas watches as Master Xehanort revives, but is forced to leave when Lea arrives.

Xemnas is slated to return as an antagonist. Here, he seems to be trying to get Sora to embrace the darkness, claiming that it is the only way to bring Roxas back. 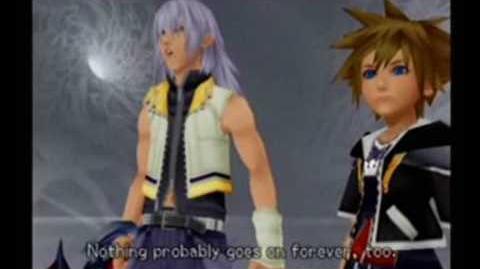 Death Of Xemnas The Superior
Add a photo to this gallery

Retrieved from "https://villains.fandom.com/wiki/Xemnas?oldid=2970152"
Community content is available under CC-BY-SA unless otherwise noted.