Killing others via extremely elaborate ways.

Xenu is a supposed extraterrestrial supervillain and evil genius who is highly associated with the Scientology movement (although some followers deny his existence or try to alter the original story, claiming it is misrepresented).

Although it could be argued that Xenu is a Satan substitute, this is not entirely true as Scientology does not believe in Heaven or Hell. However, in most tellings of the tale, Xenu is depicted as a being of near two-dimensional wickedness (in other words evil personified).

Due to the fantastical nature of the stories surrounding Xenu, he is also a favored villain for those who wish to parody the Scientology movement, perhaps the most famous example of this was when Xenu appeared in South Park, though this is far from the only time Xenu has been depicted in fiction.

According to the original story, Xenu was a ruthless tyrant, who seventy-five million years ago, gathered billions of his own people aboard a spacecraft and sent them to Earth, stacking them around destructive volcanoes before destroying them all with hydrogen bombs. According to some, the tormented spirits of these long dead beings are the reason humanity experiences its many woes, and by default, made Xenu responsible for much of what was wrong with the world. A revolt followed against Lord Xenu, and he was imprisoned in an electronic mountain fortress, where he still remains to this day.

This creation story is not universally accepted amongst Scientologists, and many in the movement go to great lengths to try and suppress information about Xenu and the supposed events. Despite this, it was perhaps inevitable that due to internet, copies of Hubbard's notes and court records that much of the Xenu story has managed to be leaked to the public. 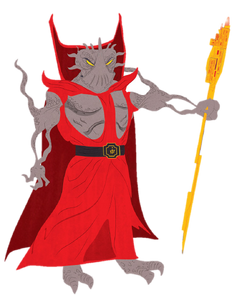 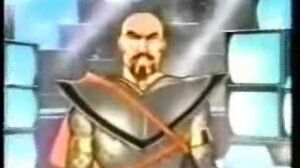