Xion the Unborn, , The White Zoanthrope

Part of the Unborn (formerly)

Lycanthropic Supervillain
Xion is one of the major antagonists of the Bloody Roar series. His beast form is the Unborn. He made his first appearance in Bloody Roar 3.

There is a relic called "The Tabula of the Thousand Beasts". This tabula, once obtained, will bestow all the power of the beast-men onto one beast-man. The tabula is sealed and protected by a curse. Xion is the only living being who can unseal the tabula and unleash its power. He believes in this power and dreams of becoming an all-powerful being. He has entered the Champions' tournament to show off his power.

Xion appears to be a cold and calculating man with a vicious intent to destroy everyone around him, though this only seems to be true when he is under the control of two different forces: his sister and the Unborn spirit. Without these other factors, Xion appears to be a rather quiet man, who tends to brood and keep pretty much to himself.

His beast form is demon-like, based on traits of a cockroach and a praying mantis. 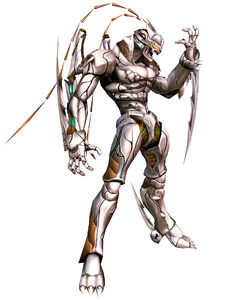 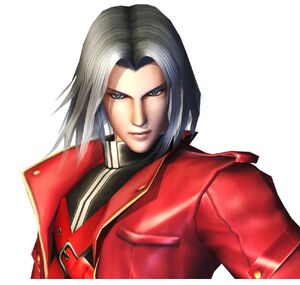 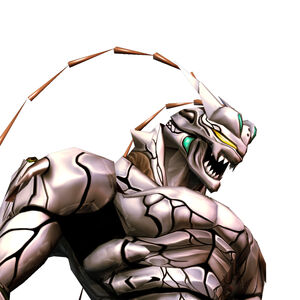 Retrieved from "https://villains.fandom.com/wiki/Xion_(Bloody_Roar)?oldid=3995901"
Community content is available under CC-BY-SA unless otherwise noted.