Hanging out with Cao Cao and his friends.

Minion
Xu Huang is one of the generals of Cao Cao and a minor antagonist in the Romance of the Three Kingdoms.

Xu Huang began his military career as a courier in Hedong. Later on, he followed General Yang Feng against the Yellow Turbans. He helped him and General Dong Cheng escort Emperor Xian from Chang'an to Luoyang and was promoted to cavalry commander for his services. When Emperor Xian was transferred from Cao Cao to Xuchang, Yang Feng and Han Xuan opposed him.

Cao Cao's duel between his bodyguard Xu Chu and Xu Huang made no decision, so Cao Cao Xu Huang's old friend used Man Chong to win over Xu Huang. After much deliberation, Xu Huang gave in and left Yang Feng. At Cao Cao, Xu Huang was elevated to the rank of General and made friends with Zhang Liao and Guan Yu. At the Battle of Tong Gate, he defended it against Ma Chao with Cao Hong, before whom he was able to rescue Cao Hong.

After the Battle of Tong Gate, Xu Huang chased the deserted Guan Yu and his son Guan Ping. Despite Guan Yu's appeal to her once-friendship, Xu Huang did not give up this task, for which he was highly honored by his Lord Cao Cao. Under Cao Pi, Xu Huang was named "Right General" and Lord of Luxiang. After defeating Liu Bei, he also became Mr. Yangping. Xu Huang participated in Sima Yi's campaign against the Shu Han and was mortally wounded by General Meng Da. He died in later on his way to the capital.

Xu Huang is a man who while adamantly stays true to his life as a warrior. He does not care for politics or bribery, believing that one's strength can only carve the new future. A man who lives by his blade, while he will even continue his lifestyle during times of peace. 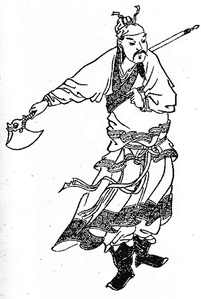 Xu Huang from Romance of the Three Kingdoms. 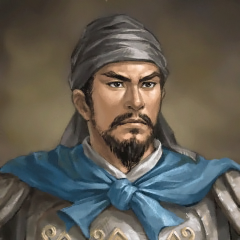 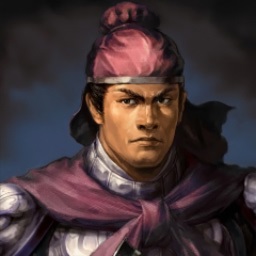 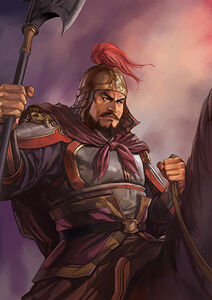 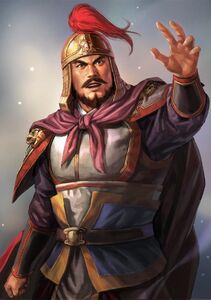 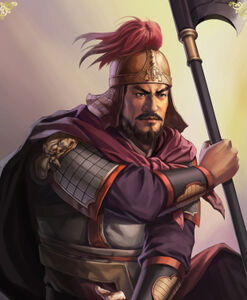 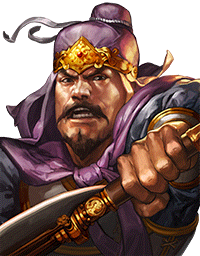 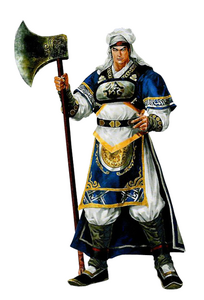 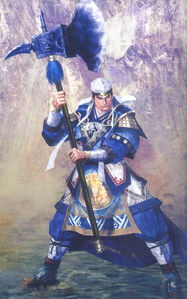 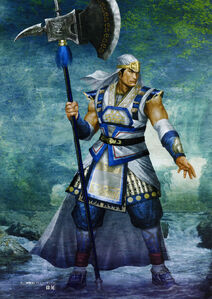 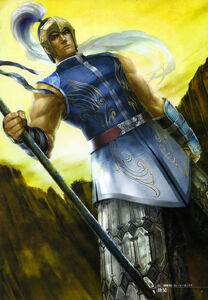 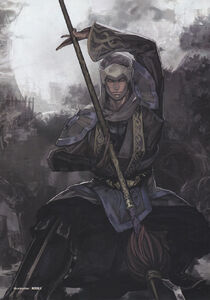 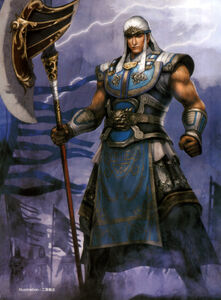 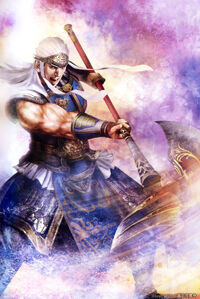 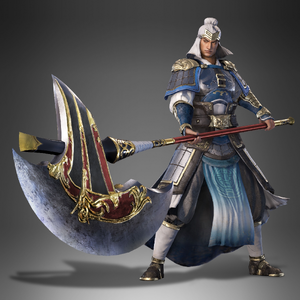 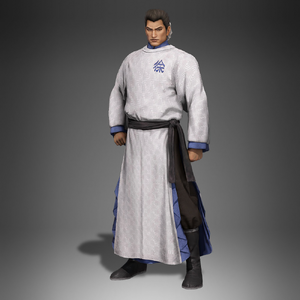 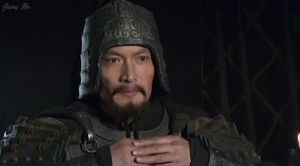 Xu Huang in Three Kingdoms (2010).
Add a photo to this gallery 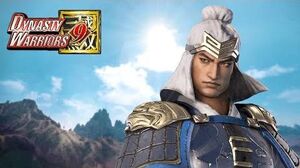 Retrieved from "https://villains.fandom.com/wiki/Xu_Huang?oldid=3539029"
Community content is available under CC-BY-SA unless otherwise noted.