God of Perversion and Depravity

Searching for people with indecent depravities.

Escape his interdimensional imprisonment and drive mortals to madness.

Y'golonac, also known as The Defiler or the God of Depravity and Perversion, is a creature recurrent in the Cthulhu Mythos. He was created by Ramsey Campbell, first appearing in the short story "Cold Print". This foul living presence happens to be one of the Great Old Ones.

Y'golonac is a Great Old One who is the god of depravity and perversions. However, it should be noted that Y'golonac is over any type of perversions that any sapient being can conceive of. Y'golonac is an entity so feared, the Cthulhu Cult is noted to hold him in contempt. Unlike the other cosmic beings rampant in H. P. Lovecraft's works, Y'golonac, much like the Outer God Nyarlathotep, functions on a level of human understanding, so much so, he takes interest in humanity.

Y'golonac's resides behind a brick wall in an undisclosed area his goal being to eventually break free from his entrapment and rape and destroy everything in his path. To this end, Y'golonac creates a cult enlisting people who read forbidden literature. This culminates in Y'golonac manipulating his victim into reading a chapter of The Revelation of Gla'aki which houses his name. Upon being summoned, Y'golonac would ask the summoner to become his "priest." If not, he would devour them. Y'golonac had done this so many countless times, he relishes in the victims that had succumbed to his hunger, oftentimes children.

Y'golonac also has the ability to possess potential hosts. Upon acquiring a host, Y'golonac is manifested as a morbidly obese man lacking a head and neck. Instead, Y'golonac sports two mouths on the palms of his hands.

In the short story "Cold Print", Y'golonac takes over a bookstore after he gruesomely murdered the owner and took his skin. Meeting Mr. Strutt, Y'golonac tries to coerce the protagonist of the short story into becoming his priest. Understandably horrified by the notion, Mr. Strutt refuses, and he becomes one of Y'golonac's several victims. 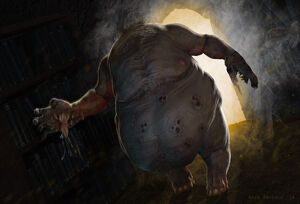 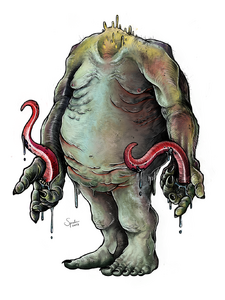 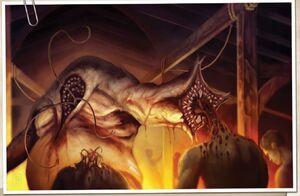 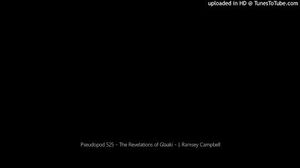 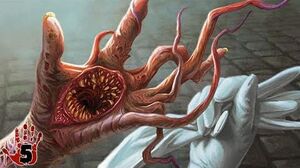 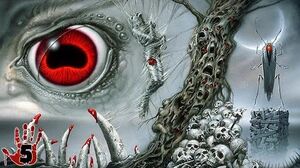 Top 5 Scary Lovecraftian Monsters
Add a photo to this gallery

Retrieved from "https://villains.fandom.com/wiki/Y%27golonac?oldid=4251796"
Community content is available under CC-BY-SA unless otherwise noted.