Villains Wiki
Register
Don't have an account?
Sign In
Advertisement
in: Male, Friend of a Hero, Digimon Villains,
and 11 more

Robotic Double Agent
Yūjin Ōzora (in Japanese: 大空 勇仁, Ōzora Yūjin) is childhood friend of protagonist Haru Shinkai and an antagonist in Digimon Universe: Appli Monsters. The partner of Offmon, it is revealed that Yujin is a robot working for Leviathan.

He was voiced by Makoto Furukawa, who also voiced Animus from Fairy Tail, Rainer Layer from Rokudenashi Majutsu Koushi to Akashic Records and Diodora Astaroth from High School DXD.

Yuujin is a teenage boy with fair skin, spiky red hair, and green eyes. He wears a green shirt with yellow on the chest, white on the sleeves and three black lines on the shoulders, greenish grey shorts, dark green socks, and white and green sneakers wit dark green soles. It is later revealed that he showed them his robotic arm, revealing himself as an android created by Leviathan.

Later on, he wears a dark suit and a red cape. On his chest, he has the Leviathan symbol.

Yuujin is a cheerful and friendly boy, and is a good friend to Haru. However, later on in the series, he eventually exposed his true colors to the Applidrivers that he was an android and works for Leviathan.

However, in the final episode, Yuujin felt remorseful for his actions, and apologizes to his friends before sacrificing himself to delete Leviathan for good.

Yuujin is a good friend of Haru the Applidrivers. Until he sent Shutmon to kill Bootmon and get his chip, it's revealed that Yuujin is actually a robot that works for Leviathan.

Haru, refusing to fight his own friend, tries to Yukon from obeying Leviathan's bidding. After Leviathan's body was destroyed, Yuujin felt remorseful for his actions and apologizes to the Applidrivers, and decides to delete Leviathan permanently, thus costing his life. In the final episode’s climax, Yujin was brought back to life. 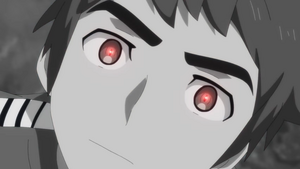 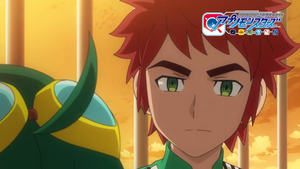 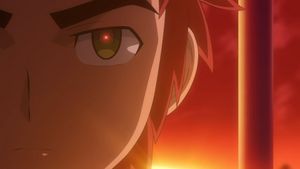