Personification of Destruction and Evil

Ability to change into forms that each have different powers

Envelop the world in darkness.

Destroy the Celestials and the Brush Gods.

Yami, also known as "The Emperor of Everlasting Darkness", is the main antagonist and final boss of the video game Okami, and is considered to be the archnemesis of Amaterasu and Waka. Amaterasu fights him on the Ark of Yamato, the last level in the game, in an effort to save Nippon and the Celestial Plane.

Yami appeared as a large metal ball with archaic markings etched into it. However, it is revealed that Yami is actually a fish within an orb of water. He controls the large ball from within. Yami has a total of five forms, all of them, except for one is in the metal ball form, but the marking changes and the markings glow a different color; red, green, blue, and yellow. In Yami's third form, he can shape-shift into a slot machine, and in his fourth form, he can shape-shift into a two-legged walker with energy whips for arms. In his fifth and final form, he takes on the appearance of a giant hand.

Yami was defeated forever in Okami and does not return in Okamiden, although he is mentioned. Instead, a new primary antagonist arises to command the demon hordes. Later, it is revealed that Yami was being controlled by this being and was a host for it, although Akuro is actually one of the five essences of Yami and seeks the four others to become one again. The being also appeared to have hands resembling the kind Yami was in his last form, although it is really hard to tell.

Yami’s origins are unclear, but it was apparently sealed along with its demonic army into the Ark of Yamato. After the Celestial Brush Gods evacuated into the Ark when True Orochi attacked the Celestial Plain, Yami and its demons attacked and wiped out most of them, causing the ark to end up on Earth.

Two centuries later, Yami began preparing for its return, allying itself with Ninetails for example. After Lechku and Nechku were defeated, their essences merged with that of all the other major demons Amaterasu had been slaying. As the Day of Darkness started, a total solar eclipse that empowered the demons, Amaterasu entered the Ark of Yamato.

After defeating the revived demons she’d previously defeated, Amaterasu found Waka attempting to fight Yami, but could do nothing against it. The Day of Darkness took effect and Yami awakened, taking Amaterasu’s Celestial Brush powers.

It blasted at the weakened goddess, but Waka intervened, blocking the attack. Yami turned its attention to Waka, blasting him off of the platform, before engaging Amaterasu. She managed to regain her powers as the fight went on and weaken and damage Yami. However, Amaterasu was distracted by an illusion of Issun, allowing the Ruler of Darkness to recover. Yami took the opportunity to drain her of her powers again, but this time, went so far as to destroy the constellations representing the powers.

However Issun restored the people’s faith in Amaterasu, giving her back her powers, and she managed to destroy Yami.

However, Yami’s destruction wasn’t enough to put an end to the threat it represented. It split into five different demons, who set out to plunge Nippon back into darkness.

Yami appears in the games as the main antagonist and final boss for the arcade modes. He is the one behind the world distortions and the fighters must fight him in order to stop him. He has three forms, his first is based on his first form from Okami, the second is his mechanical fourth form, and the third and last form is his final hand form.

Yami is immensely powerful, being the ruler of all darkness. It mostly takes form as a spherical construct, which can change into several forms with different abilities, and its only weak point is the small creature at its core. In its first form, Yami mostly uses physical attacks with either its body or with a hammer and buzzsaws it can create, but can also open its top to fire energy blasts from its core. In its second form, Yami can ignite its body, unleash more powerful attacks, and separate into platforms. In its third form, Yami enters a more slot machine-like form and unleashes different attacks depending on where it stops. These attacks consist of fireballs, icicles, lightning spheres, and cursed fruits.

Yami can also unleash energy spheres, bombs, inkpots, and Spirit Globes. In its fourth form, Yami gains tentacle-like arms and a pair of legs and again resorts to physical attacks. It can also fire missile-like clay figures and turn their arms into swords. In its final form, Yami forms a huge claw-like hand and generates massive darkness to empower itself. It can fire missile-like clay figures, energy beams, and energy spheres, call down a barrage of fiery projectiles and swipe with its claw. 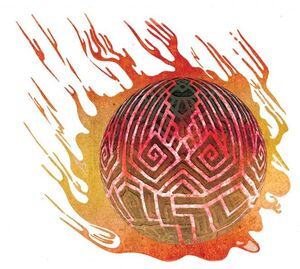 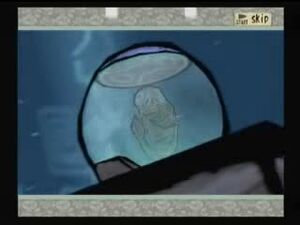 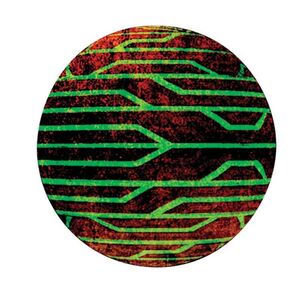 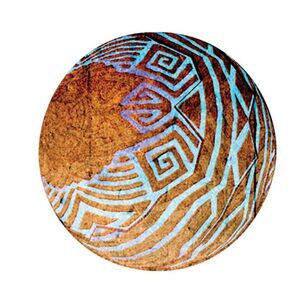 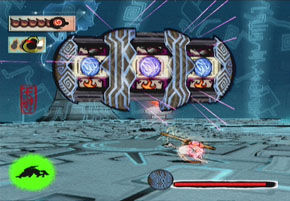 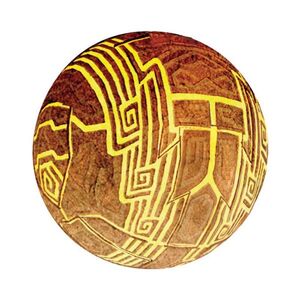 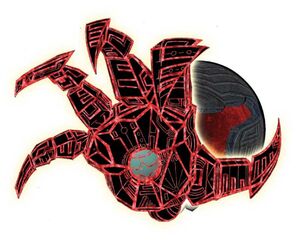 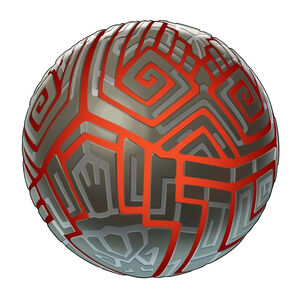 Yami in Tatsunoko Vs. Capcom.