Leader of Niji no Hebi

Leader
Yaminin is the leader of the criminal ninja clan Niji no Hebi and the main antagonist of the three-part Rider Time Shinobi special.

He is portrayed by Masashi Ebara.

While Iroha Kagura was competing in a tournament to determine her skills as a ninja, Yaminin plotted with the rest of the Niji no Hebi to kidnap her, as she was secretly the princess of their clan.

After Rentaro Kagura defeats four Stardust Ninja Dustards Yaminin sent to kidnap her, Yaminin goes out to fight the Ninja Rider. However, the battle is interrupted by Kamen Rider Hattari, who states that he will be the one to defeat Shinobi.

However, Yaminin later convinces Hattari to ally with him, stating that they can assist each other to uncover the identity of Kamen Rider Shinobi. Though Rentaro eludes Hattari, Yaminin manages to find out that he is Shinobi and uses a serpent to trap him. 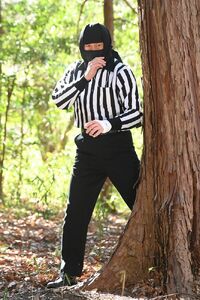 Yaminin disguised as a referee. 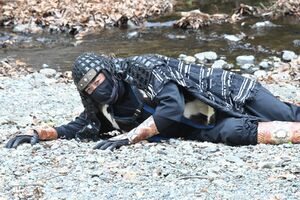 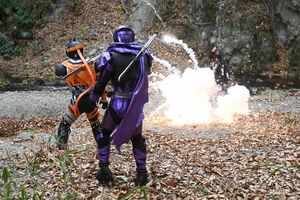 Yaminin appears behind Shinobi and Hattari as the two are fighting. 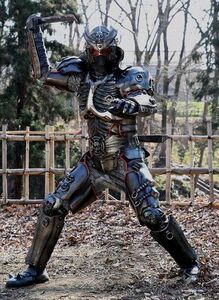 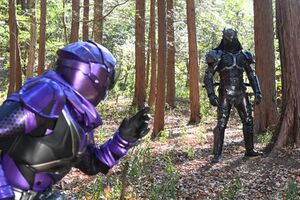 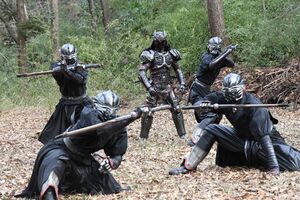 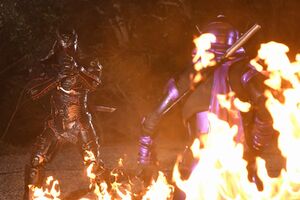