Win over her crush, kill her rival.

The Yandere is the main protagonist and singer of the song "Smoke and Mirrors" by Jayn, also known as LittleJayneyCakes. She is based off of the basic yandere character archetype, someone who is obsessed with another person and willing to carry out deranged and violent acts to get attention or affection from said person.

The yandere in "Smoke and Mirrors" is obsessed with a boy she was friends with and has a massive crush on him. However, when he gets together with another woman, she begins her quest to get him back and dispose of her love rival.

In the song, the yandere describes how she feels betrayed by her friend/crush for getting with another woman, despite him telling her when they were kids/younger that they would someday get married (likely childish banter). She tells him that she longed for that day, but then the other woman came in and "stole his love". She says that she always suspected that the woman liked him, but tries to convince him that she's just a temptress and that she will save him.

When he arrives, the yandere tells him that he needs to abandon the woman and confess his love for her instead. She says that if she is sure he means it, she will let the woman go safely. If not, she will kill her. The man, clearly terrified, agrees and tells her that he loves her, and then pleads for the woman's life. Thrilled, the yandere demands that the two of them be married that night. The man questions this, and the yandere begins to doubt his truthfulness. The man then reveals that he and the woman are already married. In a rage-induced psychotic breakdown, the yandere kills the woman by unknown means. She then declares that he loves her deep inside, he is just too fooled by her lies to admit it truthfully. She says that she will "cut him free herself".

She continues to ridicule the man for crying over his loss, telling him that the woman could not have meant too much and that he needs to man up. She offers everything to him, saying they can be together now that the woman is no longer in the way.

The song ends with the sound of steady footsteps and a gunshot. However, it is unclear whether she shot the man, herself, or both of them.

The yandere is mentally unstable and perhaps ill. She takes everything said or heard extremely seriously and has no tolerance for any kind of retort from her supposed friend and crush. She is also very envious of the other woman for simply being around her crush, even more so being in a romantic relationship with him.

After the kidnapping, her true psychotic nature is revealed, as she feels that the woman is the true villain and that her friend is an unknowing victim. She feels that what she is doing is the logical and perhaps even heroic thing to do, as she believes that she is saving her crush.

The yandere is shown in a still image in the video for the song. She is shown to be a young woman, perhaps in her late teens to early twenties with dark tan skin and purple eyes. She has long, wavy purple hair tied up in pigtails with purple bows and a plum-colored bow/choker around her neck. She is seen wearing a white dress with a purple lace around the top. Her appearance is meant to resemble Jayn herself.

In the Vocaloid CYBER DIVA's cover (arranged by Jayn herself), the yandere takes the same physical appearance with the only exceptions being paler skin and blonde hair instead of purple. 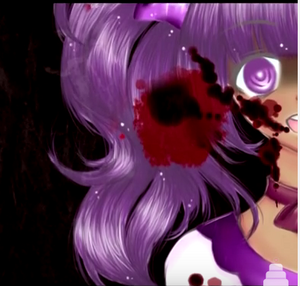 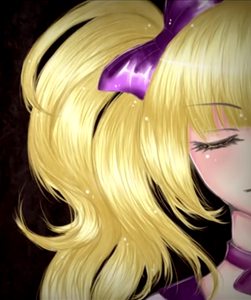 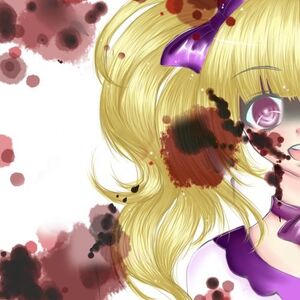 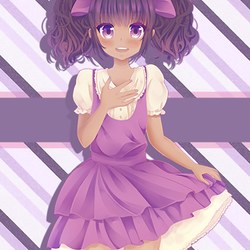 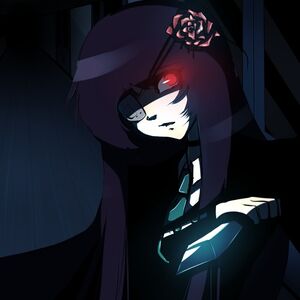 The yandere as she appears in Lollia's cover video. She is meant to resemble Lollia herself. 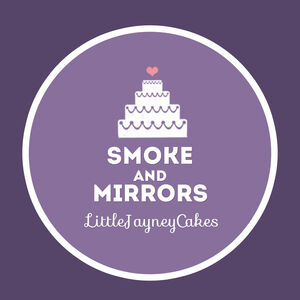 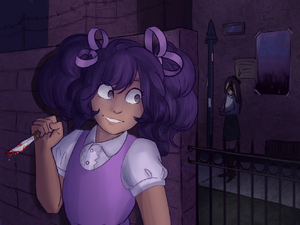 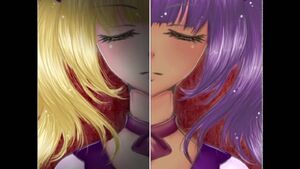 CYBER DIVA's yandere next to Jayn's yandere.
Add a photo to this gallery 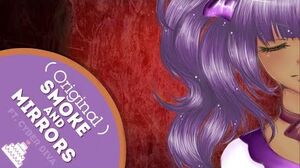 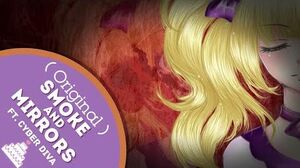 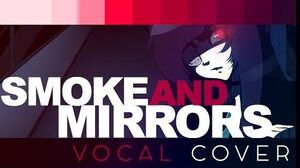 Retrieved from "https://villains.fandom.com/wiki/Yandere?oldid=3544740"
Community content is available under CC-BY-SA unless otherwise noted.