Playing with his band.

Get his revenge on Iori.

Rival Fighter
Yashiro Nanakase is one of the antagonists from the videogame The King of Fighters' 97.

Yashiro was a normal who lived his life peacefully. He met with two other people, namely Shermie and Chris, and formed a rock band with them, where he played the guitar. One day, he scheduled to perform in a night club, but they were canceled in favor of the jazz band of Iori Yagami. Yashiro got really angry, swearing revenge on Iori, but just then he realized that not only him but his two pals were the Heavenly Kings, the strongest members of the Hakkeshu, and that they had a duty to continue from were Goenitz left and resurrect Orochi. Yashiro then hosts the King of Fighters tournament in order to gather the energy of the fighters so that Orochi can finally awake, also seeking a bit of satisfaction for getting his revenge on Iori. After the finals of the tournament, Iori enters the Riot of Blood, going berserk due to Yashiro's influence on him. Kyo Kusanagi defeats Iori, snapping him out of his frenzy state, so Yashiro and his friends make their appearance, revealing their plan and challenging Kyo and his team, so that he can gather the final energy necessary for the awakening. The trio is defeated, but Orochi finally awakes, possessing Chris to fight Kyo. Kyo and Iori join their forces with Chizuru Kagura, defeating Orochi and sealing it again. Yashiro, in order to keep his master alive, kills Chris and Shermie, sacrificing himself shortly after.

Yashiro has a very cool personality, but he tends to get things into personal when someone pisses him off. 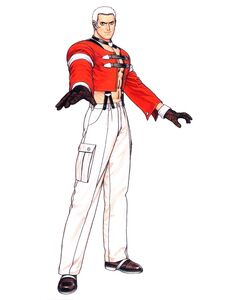 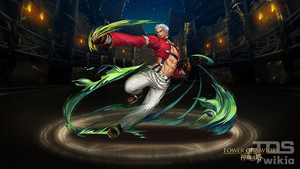 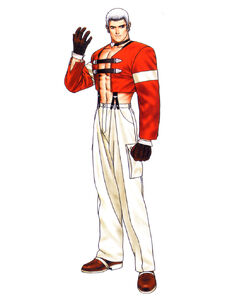 Retrieved from "https://villains.fandom.com/wiki/Yashiro_Nanakase?oldid=3370988"
Community content is available under CC-BY-SA unless otherwise noted.