C.E.O. of the Atlas Foundation

World Conqueror
The Yellow Claw is a Fu Manchu type supervillain created by Atlas Comics (the predecessor of Marvel Comics) in the 1950s.

The criminal mastermind known as the Yellow Claw (real name Plan Chu, his real title is the "Golden Claw") was born over 150 years ago in mainland China. He is a descendant of Genghis Khan himself or so he claims and has been the leader of a secret society based in China that was founded during the Mongol Empire, called "Eternal Empire" which in the 20th century became known as the "Atlas Foundation". Which has bases throughout the world, including the subterranean, underwater, and island kind. Originally, the headquarters was in China, but a new one was built miles below San Francisco. He also for a time controlled the Asian branch of the worldwide terrorist organization, Hydra.

A genius in biochemistry, the Yellow Claw has formulated elixirs that have prolonged his life span, enabling him to retain his physical vitality over the century and a half of his existence. He is also a genius in other fields, inventing or building a wide variety of vehicles, weapons, and robots more advanced than that possessed or used by the nations of the world and most organizations, heroes, or villains in Earth-616.

In fact, the Yellow Claw only pretended to serve the Communist Chinese hierarchy, and intended to conquer the world for himself. However, his feigned alliance with the masters of the People's Republic of China proved beneficial to him for decades. He has made several attempts to conquer the world, all of which were fortunately stopped by the international law enforcement/intelligence agency of SHIELD or various superheroes (e.g. Nova, Captain America, and anyone else).

Among the Yellow Claw's inventions and engineering feats have been a series of bipedal robots armed with death rays and electric discharges. He has created giant mutated arthropods, such as spiders the size of cars. Built a huge base on the floor of the Atlantic Ocean and a weapon that would create tidal waves hundreds of feet tall. He invented a compound to be dispersed in the atmosphere that would have sterilized all humans which, permitting a chosen few safely hidden in secret bases to repopulate the world. 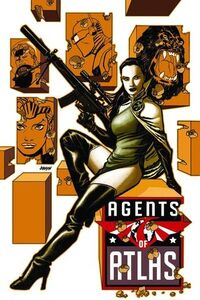 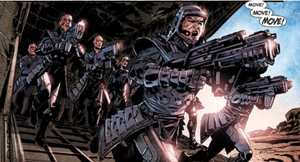 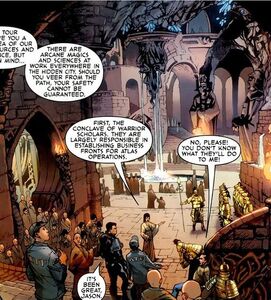