Yellow Turban Army (in Chinese: 黃巾軍), also known as Yellow Turban Bandits (in Chinese: 黃巾賊), are the antagonistic faction in the 14th-century Chinese classic novel Romance of the Three Kingdoms by the late Luo Guanzhong, and its multiple adaptations. They are a massive, zealous group of people who rioted against the Han Dynasty. Zhang Jiao lead the rebellion and was succeeded by his younger brothers, Zhang Bao and Zhang Liang. Initially rose against incompetent and corrupted regime of Han for hopes of a new era, the founder's ideal had long gone astray by his unruly followers, and Yellow Turban Rebels is reduced to barbaric bandits. They rampaged throughout China until they were ultimately put down by the combined effort of Liu Bei's militia and Han imperial force.

Zhang Jiao and his brothers were born in poverty and sold medicine to help others. Zhang Jiao met a mysterious old man while cutting down the timber to the mountain.

He gave the guests the Taiping. The old man later described himself as an immortal from the southern land. He said that if Zhang Jiao mastered the book, he had the right to indulge his own desires. Zhang Jiao has indeed mastered the power of these elements and has given the power to provide treatment water to the poor.

His reputation rose has risen and his followers wore yellow scarves to imitate their leaders. Zhang Jiao called himself a great teacher and called the Han Dynasty corruption. He tried to publicize his harmonious teachings to the people. However, his followers betrayed his original ideals and took the form of looting, murder and theft. Unfortunately, it was a "yellow devils", and Zhang Jiao's last mention was due to illness. After his brothers died, Yellow Turbans was scattered.

After the Yellow Turbans' rebellion is ended, the Ten Eunuchs and later Dong Zhuo continues the chaos. 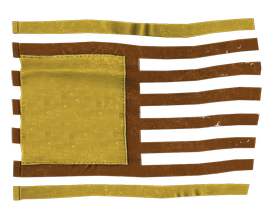 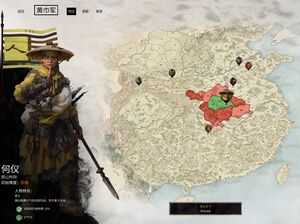 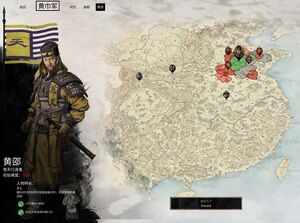 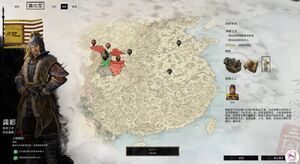 Retrieved from "https://villains.fandom.com/wiki/Yellow_Turbans?oldid=4304823"
Community content is available under CC-BY-SA unless otherwise noted.