Working on his Pym Particles.

Kill every candidate for the Avengers Initiative (succeeded).

Henry Jonathan "Hank" Pym, also known as Yellowjacket, is the main antagonist of "What If... the World Lost Its Mightiest Heroes?", the third episode of the Marvel animated anthology series What If...?.

He is the inventor of size-changing "Pym Particles" and a former superhero working for S.H.I.E.L.D. as Ant-Man. However, after the death of his wife and daughter, he became disgruntled against Nick Fury, and decided to take revenge on him by killing every potential member for his "Avengers Initiative".

Like his original version, he was voiced by Michael Douglas, who also played Gordon Gekko in the Wall Street duology, William Foster in Falling Down and Steven Taylor in A Perfect Murder.

Pym's Yellowjacket suit is a modified version of his Ant-Man suit, now with a yellow-black color scheme, and four laser "stingers" attached to its torso.

Prior to his retirement, Hank Pym used to work as the superheroic Ant-Man under the command of S.H.I.E.L.D., alongside his wife Janet van Dyne, aka the Wasp, using their size-changing abilities to complete their missions. They would have a daughter name Hope. However, during a mission to disable a Soviet nuclear missile, Janet was forced to shrink down to subatomic size to succeed in doing so, causing her to be trapped in the Quantum Realm in the process. A grief-stricken Pym resigned from S.H.I.E.L.D. not long after. Years later, Hope would join S.H.I.E.L.D. and work under the command of Nick Fury. However, she would be killed in 2009 during a mission outside Odessa, Ukraine, presumably by the Winter Soldier. This would push Pym to his breaking point and result in him declaring revenge against Fury.

Pym would create the Yellowjacket suit and enact his revenge by killing the candidates for Fury's Avengers Initiative one by one. He would start by sneaking into the lithium dioxide syringe Natasha Romanoff provided Tony Stark via his shrinking abilities and killing him from the inside. He would then proceed to cause Hawkeye to accidentally misfire his arrow and kill Thor Odinson, indirectly allowing Loki Laufeyson to become Crown Prince of Asgard and provoke war against them. Afterwards, he would kill Hawkeye in his prison cell, and go on to kill the Hulk by planting a Pym Particle on his irradiated heart, causing him to swell and explode.

He would go on to track down and murder Natasha as she discovered that he was behind the killing spree, but not before she alerted Fury of this. Eventually, Fury decides to make a pact with Loki to help defeat Pym. Loki disguises himself as Fury as he meets Pym at Hope's grave, and the two proceed to battle, with Loki using his sorcery to overpower Pym. After his defeat, Pym is taken under the custody of Asgard to pay for his involvement in Thor's death, with his fate currently being unknown, though it's highly possible that Hank will spend the rest of his days behind the bars of an Asgardian cell or was executed under the actions of either Loki or Odin. 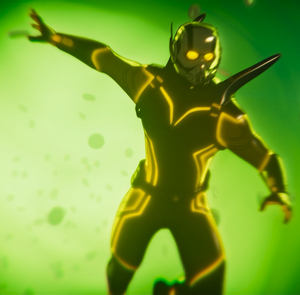