Violent Monster
The Yeti is the main antagonist of the Walt Disney World Resort's Animal Kingdom attraction Expedition Everest - Legend of the Forbidden Mountain. It is a vicious, man-eating, bloodthirsty and aggressive monster that lives on Mount Everest, destroying railways and attacking guests.

Its vocal sound effects were provided by Fred Tatasciore.

Riders approach the attraction through the remote village of Serka Zong in the fictional kingdom of Anandapur, at the base of Everest. The Himalayan Escapes tour company has refurbished an old train that was used to collect tea leaves into a tourism transport up the mountain. Guests ride up the tracks into a pass that the ancient people say is guarded by a fearsome yeti, who has a series of sightings and evidence documented at the museum at the base.

Once on the tracks, the train begins scenic tours of the mountain's icy caves and staggering cliffs. However, shortly into the expedition, the train comes across a gap where the tracks have been violently ripped up, bent, and mangled. Suddenly, guests hear the roars of the dangerous yeti. The train speeds backward and riders can see the silhouette of the yeti ripping up the track before spotting them and climbing away.

The train makes a break for it, curving through caves and rocks as the howling of the yeti is heard. Faint glimpses of it are seen as the train rockets past until the train ends up in a massive cavern where the giant yeti waits, roaring and reaching down to grab and kill the passengers. However, it misses and the train escapes, allowing guests to exit safely.

The yeti animatronic is one of the largest animatronics in the Disney Parks. Originally, the animatronic moved with normal animatronic mechanics but was later stopped from moving for unknown reasons (most likely damage to either itself or the attraction). Nowadays, the yeti animatronic is in "B Mode", meaning that it does not move at all. Instead, a strobe light is used to simulate the illusion of movement. This effect has caused many fans and Imagineers to lovingly nickname the monster "Disco Yeti", as well as to help differentiate it from its Disneyland counterpart in Matterhorn Bobsleds, which has been opened for about 47 years before Expedition Everest.

The yeti is savage, violent, mysterious and destructive. It is unclear why it is attacking the guests (though it can be assumed it is either for food or misanthropy). It is extremely obstreperous, monstrous and wrathful, so it displays aggression, rage and bloodlust more than most Disney villains. While the Matterhorn Bobsleds Yeti just wants people off of its mountain and wants to protect nature, the yeti of Everest is very dangerous, unpredictable, homicidal and angry. 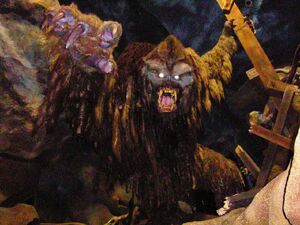 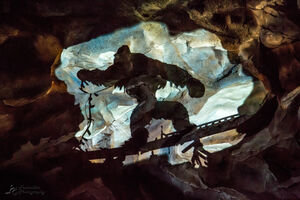 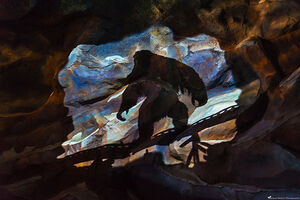 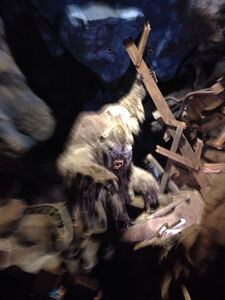 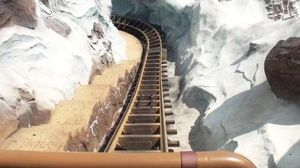 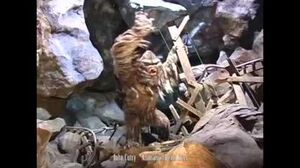 EE Yeti A Mode Work lights
Rare footage of the yeti in its "A Mode" w/ lights.