Attacking sherpas and their livestock (possibly).

Kill anything in his way.

The Yeti, also known as the Abominable Snowman, is a mythical cryptid (or monster) that is supposedly native to the Himalayas. However, many countries have variations of the beast. Often considered a relative of sorts to the Bigfoot (also known as Sasquatch), the Yeti stands out as being depicted as more aggressive and dangerous, at least in the folklore of the local people who live in the area.

The Yeti has often been considered elusive, but there have been reports by some sherpas of the beast attacking them and their livestock, which makes the Yeti different from the almost universally placid Sasquatch (although some accounts of the Sasquatch are also of a less than pleasant nature).

The Yeti is also often depicted as carnivorous, even though this is far from a universal trait. The idea of a carnivorous hairy humanoid is also depicted in the myth of the Wendigo. 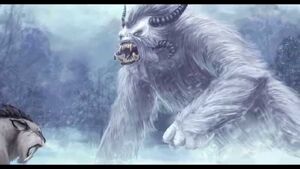 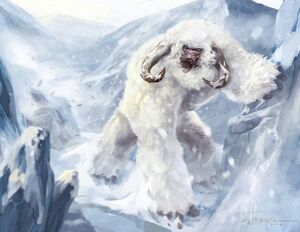 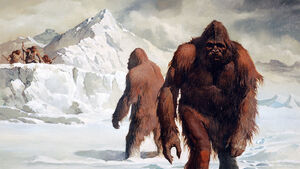 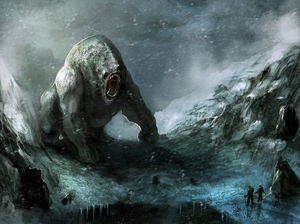 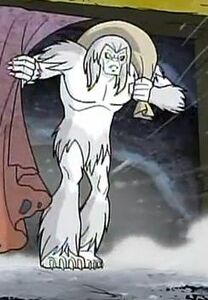 The Yeti as it appears in The Secret Saturdays. 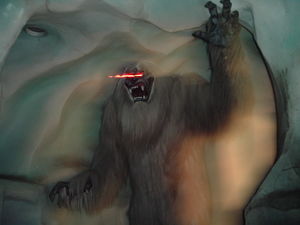 The Yeti in the Disneyland ride, Matterhorn Bobsleds. 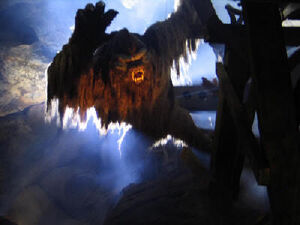 The Yeti in the Disney's Animal Kingdom ride, Expedition Everest.