The Church of Yevon
Yevonites

Maintain the false-hope of the Pilgrimages

Yevon, also known as the Yevon Church, the Church of Yevon and Yevonites, is the governmental and religious cult in Spira and an antagonistic faction in Final Fantasy X. This powerful religious organization was named after Yu Yevon, the final boss of the game and the true power behind Sin. The highest leader of Yevon has the title of Grand Maester while, the three other leaders are simple known as Maesters.

A thousand years ago, a great machina war between Bevelle and Zanarkand almost ended in Bevelle's favor. Yu Yevon, the ruler of Zanarkand refused to let Zanarkand die and turned his people into fayth to create Dream Zanarkand. He then formed a powerful shell around himself made of pyreflies which would then become Sin. After Lady Yunalesca became the first to defeat Sin, several people took her practice into consideration and formed the religion, Yevon, which would run Spira for a thousand years.

Believing there is no true hope for Spira, they created a lie saying that Sin was Spira's punishment for their vanity and only allowed certain machina to be used (such as the machine that helped form the water orb for Blitzball). Yevon has control over much of Spira and due to the lies brought by them, the Al Bhed are treated as heretics because they also said that if people atoned for their "sins", Sin would go away and Al Bhed are always using machina, which is why they garner so much hatred.

At the beginning of the game, Yuna and her allies travel to the many Temples of the Fayth owned by Yevon to acquire several Aeons on her journey to acquire the Final Aeon. During the course of the game, Yevon is seen as a benevolent religion and are held in high regard. However, once Yuna makes it to the Bevelle temple, she and her friends learn that they have and actually use machina, betraying their own teachings. Things get even darker when it is revealed that Yo Mika, the current Grand Maester is an unsent and tells them all that there is no hope for Spira. They then send Yuna and friends to the prison, Via Purifico, but they escape. After they kill Yunalesca, Mika sends himself, believing Sin will finally destroy Spira. However, they learn of Yu Yevon and Sin and are able to enter Sin. After killing Yu Yevon, Yuna and her friends expose the corruption of the church and the Al Bhed are accepted in Spira. However some people are unable to let live without the teachings of Yevon, having been exposed to them for so long.

A year after Sin's destruction, a splinter group forms from Yevon called New Yevon. This group was uncomfortable how fast technology was flowing and tried to slow things down, but allow gradual change. This group often clashed with the Youth League, who wanted to collect the history of Spira which was kept under wraps by Yevon. The Youth League believed New Yevon was hiding more information from Spira, which ends up being true, as they were keeping the existence of Vegnagun a secret. At the end of the game, Baralai, the current leader of New Yevon, disbands the organization, putting an end to Yevon for good. 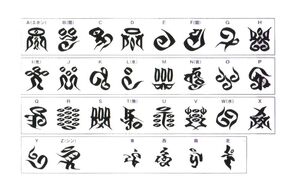 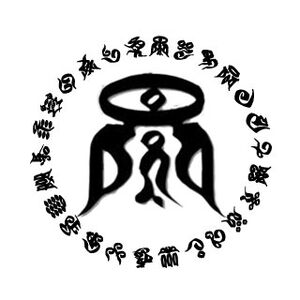 A different symbol of Yevon. 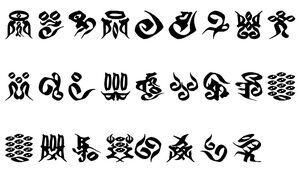 The Yevon Script, as it appears in Spira. 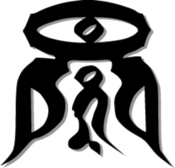 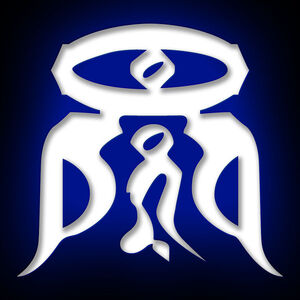 A symbolic crest of the Yevon religion. 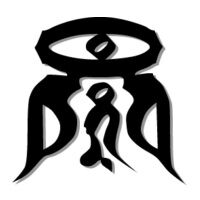 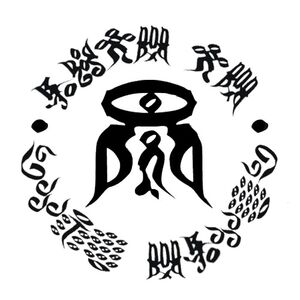 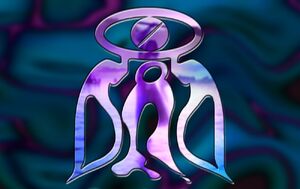 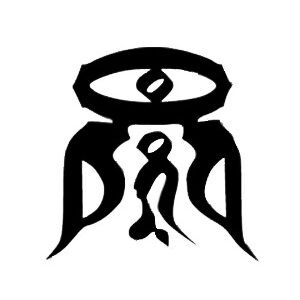 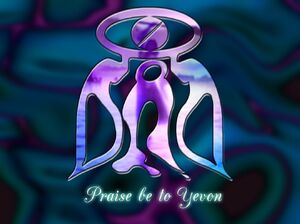 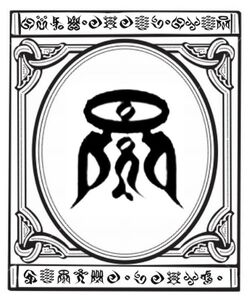 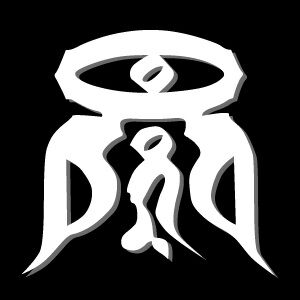 Retrieved from "https://villains.fandom.com/wiki/Yevon?oldid=4140983"
Community content is available under CC-BY-SA unless otherwise noted.