The Yggdmillennia: Tree of a Thousand Realms

Magical Supremacists
Yggdmillenia Clan is the main antagonistic faction in the first half of Fate/Apocrypha, being the central faction that runs the Black Faction, one of the two factions during the Great Holy Grail War (the other is the Red Faction).

However, after the death of Darnic Prestone Yggdmillenia, as well as the rise of Shirou Kotomine as the Red Faction's Master, the Yggdmillenia Clan allied with Jeanne d'Arc and Sieg to stop Kotomine. Therefore, they became supporting characters in the second half of Fate/Apocrypha.

The Yggdmillennia: Tree of a Thousand Realms is a unique family of magi that takes in other families rather than continue a single bloodline. Though they have a long history, they are not a family of Lords. They are speculated to have lost a power struggle with the three royal families of the Association in the past or have been estranged from others due to the poor quality of their magic circuits. They neither belong to or have a connection to any other group, and they are often not recognized as a noble thamaturgical family.

They abandoned the common method of thickening the blood of thaumaturgical potential over generations while mastering the thaumaturgical system chosen by the first generation. They instead took in all magi families with even the smallest connections to them from all over the world. They focused on taking in those with little history and weak Magic Circuits, those with their Magic Circuits on the decline with successive generations, those defeated in power struggles that were forced into ruin, and those with a price on their head as a punishment by the Association.

Though the families had strayed from the core of the Association, they had refused to give up the path to the Root, so Yggdmillennia gave them the chance to leave their blood's legacy and a mark upon history. Their family names are given as middle names to each member of the family, and the Magic Crests of each family are still passed down within each one rather than having a single unified crest for a single successor. This has caused them to develop a broad range of study with each member pursuing a different path, which include Western alchemy, dark arts, witchcraft, astrology, Kabbalah, runology, and the Onmyodo of Japan.

They are considered to be a loose alliance of the new, the weak, and the dying, so the Lords consider them to be trivial. Though they have many in number, average members can usually only reach second-class, and only a few rare case of first-class magi exist. They pose little threat, and only the elder's, Darnic Prestone Yggdmillenia, political finesse allows them to be left alone. It was thought that their only merit was quantity, but the revelation of the Grail has changed that evaluation. They would have had no chance to become Lords in one thousand years, so they instead opt to form a new Association of Magi around their own clan.

The clan came to Romania from Northern Europe, and have used the Fortress of Millennia in Trifas as their base since the middle ages, although they have relatives across the world.

In the world of Fate/Strange Fake, the Yggmillennia had withered more than fifty years before the start of the story, implying that the Yggmillennia clan had declined around the end of the Third Holy Grail War. 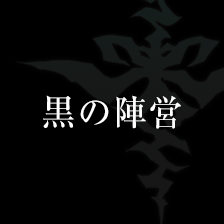 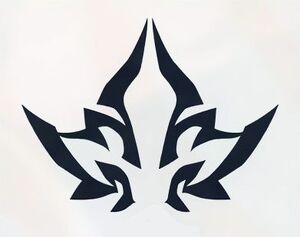 Retrieved from "https://villains.fandom.com/wiki/Yggdmillenia_Clan?oldid=3447826"
Community content is available under CC-BY-SA unless otherwise noted.