Corporation
The Yggdrasill Corporation is a massive corporation located in the city of Zawame and one of the two antagonist groups of Kamen Rider Gaim, along with the Overlord Inves.

They are a global conglomerate with a hand in various industries. At some point in the past, the Corporation came to Zawame City in order to redevelop it as part of a project. In the process, they shut down a construction company belonging to Kaito Kumon's father and cut down the Takatsukasa shrine tree along with the entire forest surrounding the city. Yggdrasill Corporation provides for just about anything Zawame City needs for living and growth of civilization, from clothing to transportation to even waste disposal, as well as healthcare and education. Its omnipresence in the city's socioeconomic development makes the populace feel that they are living in a castle town rather than a bustling city.

The Corporation is aware of the Helheim Forest's existence and is attempting to harness its power in order to fight against Demushu, the Overlord Inves. While partially successful so far with the Lockseeds, the Sengoku Drivers (and eventually the Genesis Drivers), the Corporation has yet to be "chosen" by the Forest.

After discovering the existence of Helheim Forest and how it was secretly seeping into Earth, Yggdrasill used their cover as a worldwide conglomerate to begin studying the alien forest in order to harness its power. The corporation soon discovered Zawame City had a large amount of Helheim activity and moved in to research the forest's presence there under the cover of wanting to "redevelop" the town. Overseen by Takatora Kureshima, Yggdrasill constructed a new headquarters for itself in the city known as "Yggdrasill Tower". The tower was equipped with a device known as "Scalar System" which could raze the city in an instant if it ever became overrun by Helheim and the Inves.

Through research into Helheim, the corporation was able to develop devices known as the Sengoku Drivers which enabled their wearers to safely harness Lockseeds taken from Helheim plants. Through inserting a Lockseed into the Driver, one could assume the form of an "Armored Rider", enabling them to survive in the ecosystem that would emerge when Helheim took over Earth. However, as they were unable to produce enough Sengoku Drivers for the entire world, Yggdrasill's inner circle devised a plan known as "Project Ark" to secretly cull 6/7ths of the global population in order to deny Helheim subjects that could be turned into Inves monsters.

However, after the Overlord Inves chose to directly intervene in the Helheim invasion, Zawame quickly fell to the forest. As this was going on, Ryoma Sengoku, the lead scientist responsible for the creation of the Sengoku Drivers, led a coup against Takatora and sabotaged the corporation's efforts at containing Helheim within the city, leading Zawame to become overrun with Inves in an incursion spearheaded by the Overlord Redyue. In the process, Yggdrasill Tower was consumed by Helheim plants and converted into the Overlord's stronghold on Earth, becoming a base-of-operations for Redyue and Mitsuzane Kureshima.

In response to the incident in Zawame, the board of directors of Yggdrasill moved to have Ryoma's handling of the situation in Zawame investigated. However, Ryoma was able to outmaneuver them by revealing the existence of Project Ark to the world, leading to a mass panic and backlash against Yggdrasill from various countries in the world.

Following Yggdrasill's downfall, Yggdrasill's Zawame branch was converted into the Zawame City Restoration Bureau to restore the damage that had been done to Zawame in wake of the Helheim crisis. Remnants of the Yggdrasill Corporation still existed all across the world however, and continued to perform experiments with Helheim and Lockseeds to harness the forest's power. 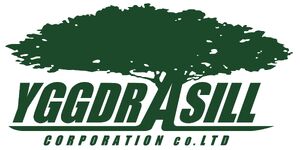 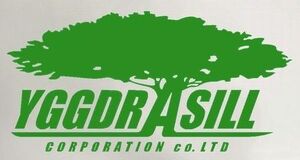 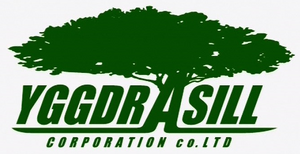 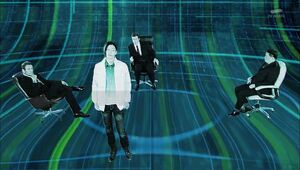