Father of the Quincy

Your Majesty
"A"- The Almighty
Black Ant

Start a war between Shinigami and Quincy (succeeded).

Merge the Human World, Soul Society and Hueco Mundo into one and create a world without death (failed).

Yhwach (in Japanese: ユーハバッハ, Yūhabahha), often referred to simply as "Your Majesty" (in Japanese: 陛下, heika) by his underlings, is the main antagonist of the Bleach series as a whole.

He is the monarch of the Wandenreich and Father of the Quincy. He also possesses the designation "A" - "The Almighty", and is the son of the Soul King. He seeks to destroy all life in the world around him and recreate it in his own image.

Being the creator of the Quincy, he is indirectly responsible for various events that have occurred throughout the series, most notably is the birth of Ichigo Kurosaki and his access to his Quincy powers, Zangetsu.

Yhwach is adamant in his dislike of conflict to the point where he will attempt to stop it at all costs, even if brutal methods are required. Yhwach's contempt for Arrancar is apparent, mercilessly wounding and slaying even those who have sworn allegiance to him when he deems them to have fulfilled their use. This same disregard extends to all of his subordinates, regardless of species or rank, and is an attitude that he has allegedly always possessed.

Yhwach is the progenitor of the Quincy clan. Whether this means he is their ancestor or just bestowed his powers upon them is unknown at this point. About 1,000 years ago, Genryūsai Shigekuni Yamamoto fought him. Sometime around or during the course of this event, Yhwach witnessed the capabilities of Yamamoto's Bankai, Zanka no Tachi. After a bloody battle, Genryusai was able to seal Yhwach away by putting him into a seemingly eternal slumber.

At some point during the 17 months after the defeat of Sōsuke Aizen, the Vandenreich invaded Hueco Mundo, and Yhwach personally defeated its ruler Tier Harribel. He imprisoned her, and claimed the territory of Hueco Mundo for the Vandenreich, regarding it as another foundation stone to invade Soul Society.

Later, it is revealed that the old man Zangetsu is actually Ichigo's Quincy powers and it takes on the form of Yhwach in 1,000 years ago. 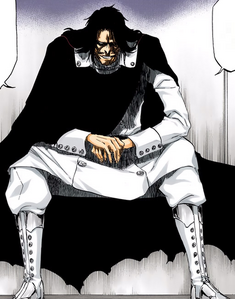 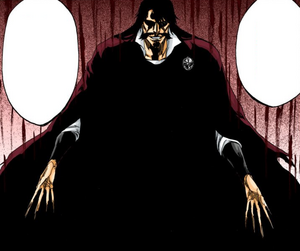 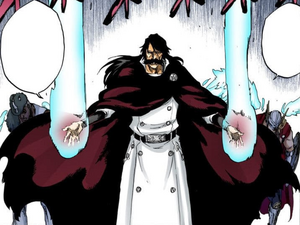 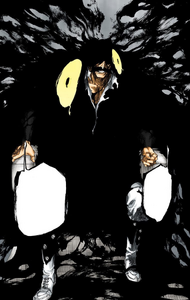 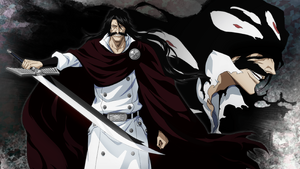 Yhwach's promotional artwork for Bleach: Brave Souls.
Add a photo to this gallery

Retrieved from "https://villains.fandom.com/wiki/Yhwach?oldid=4268985"
Community content is available under CC-BY-SA unless otherwise noted.