Rob people of their hope and radiance.

Spread darkness across the universe.

They herald from the Realm of Darkness, Yodonheim and seek to pollute worlds across the universe in order to transform them into ecosystems much like their homeworld. Having already conquered their enemies, the Kingdom of Crystalia, the Empire seeks to target the Earth next to steal the hopes and radiance of their people. Their main objective is to have their Jamenshi cause chaos in order to gather enough darkness for them to send a Jamen Beasts to Earth to rampage around and construct an Invasion Gate for them to invade Earth through.

As part of their campaign, the Yodonheim forces invaded the Crystalia Kingdom, home to a race of light genies. With help from a traitor within the Crystalia royal court, Galza, the armies of the Yodonheim were able to besiege the palace and defeat the ruler of Crystalia, King Oradin. In exchange for betraying his brother, Galza was given a seat as one of the Yodonheim's generals.

However, the princess of Crystalia, Mabushiina, managed to escape to Earth where she recruited five people with the Kiramai Stones to become the Kiramagers and combat the oncoming Yodonheim invasion.

The Yodonheim later invaded Earth to destroy it radiance. The invasion of Earth was spearheaded on behalf of Emperor Yodon by Carantula and Galza, who was rewarded for his betrayal of Crystalia by being promoted to one of Yodonheim's top generals. Carantula's first move was to send down the Faucet Hildon Jamen Beast to create a portal for them to send their invasion force through. However, the Jamen Beast was destroyed by the Kiramagers with the power of their Mashins.

In order to gather enough darkness to send more Jamen Beasts down to Earth, Carantula dispatched Jamenshi down to gather enough darkness to construct invasion gates for the Jamen Beasts to enter through. Eventually though, Emperor Yodon became dissatisfied with the slow progress of the Earth invasion and believed Carantula was wasting resources. Yodonna, the personal assistant of the Emperor, would later arrive to take command of the invasion in order to speed it up. 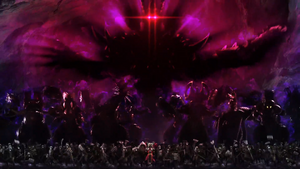 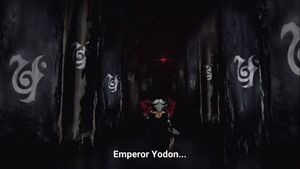 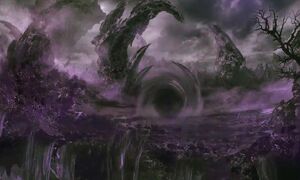 The Realm of Darkness, where Yodonheim's headquarters resides. 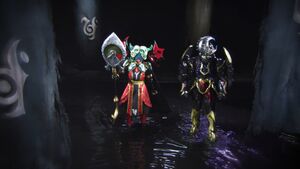 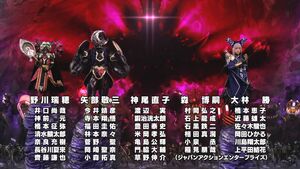 The forces of Yodonheim seen in the opening credits.