Yokoth is a minor antagonist in Supernatural, being the main antagonist of the episode "The Thing". They are a Lovecraftian deity from another universe.

She was portrayed by Magda Apanowicz, while possessing the body Sandy Porter.

Yokoth, alongside her mate Glythur, consumed/destroyed most of their own universe, with the help of their children known as the "faceless hordes".

Around 1925, a group of rogue Men of Letters, led by Diego Avila, performed a ritual with the Seal of Solomon that opened a rift to the universe ruled by Yokoth and Glythur. Avila, a disillusioned World War I-veteran, wanted the Old Ones to come through in order to "cleanse the world of hate and bring a new paradise". 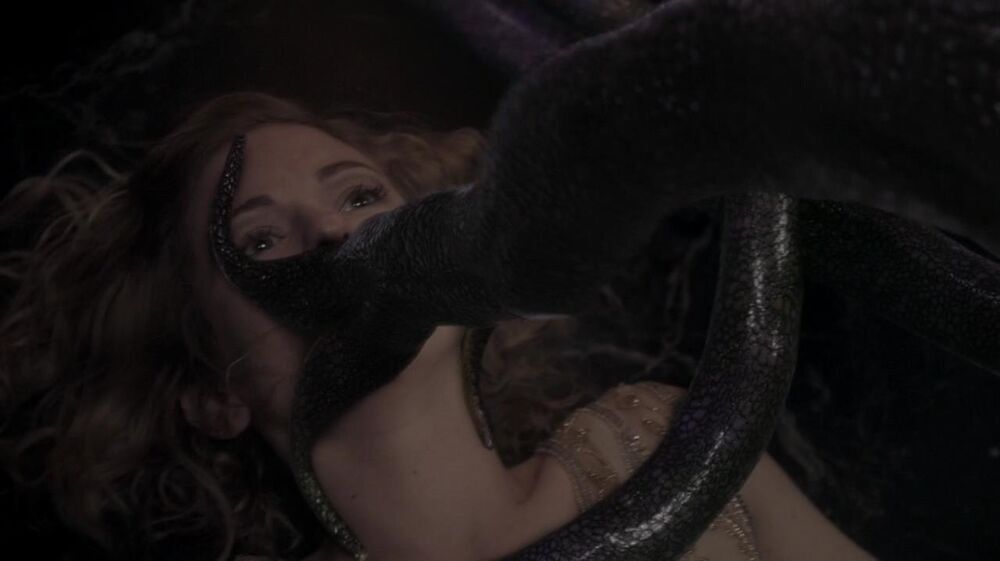 Yokoth game through and started to possess the body of Sandy Porter, a woman the Men of Letters had kidnapped for the ritual. Sandy died from this, and Yokoth devoured Avila and most of the other Men of Letter.

The few survivors managed to close the rift before Glythur could come through as well, and managed to bind Yokoth, so that she could summon her spouse.

In 2018 she managed to make Sam and Dean Winchester release her, by pretending to be Sandy. Later Sam was captured by the the descendants of Diego Avila, who told him the truth about Yokoth, while Dean was captured by Yokoth who intended to use him as a vessell for Glythur, so that they could devour Sam and Dean's universe.

She had acquired the Seal of Solomon and  managed to open the rift and Glythur's tentacles came through. Sam and the two descendants of Diego Avila came onto the scene and started to fight the cosmic entity. Dean managed to snatch the Seal of Solomon from Yokoth, and started to reverse the ritual, closing the rift. Before the rift was closed Glythur's tentacles dragged Yokoth back to the their universe.