Villains Wiki
Register
Don't have an account?
Sign In
Advertisement
in: Spoilers, One Piece Villains, Power Hungry,
and 25 more
English

Mind their own business without clashing with each other

Protect their lands and subordinates from foreign intrusions

The Yonko, also known as Four Emperors or the Emperors of the Sea in the English version, are the four most notorious and most powerful pirate captains in the world (by the World Government) and the secondary antagonistic faction of the manga/anime series One Piece. They are neither allies nor enemies of one another, preferring to remain autonomous under most circumstances. These four individually reside within the second half of the Grand Line (also known as the "New World"), exerting impressive influence/control over dozens of other pirate crews and self-governing islands. With the exception of Shanks and Edward Newgate and their crews, Red Hair Pirates and Whitebeard Pirates respectively.

As one of the three great powers in the world alongside the Marines and the Shichibukai (before their disbandment and replacement by SSG), the Yonko have significant authority over the New World. They have control over multiples islands and nations in the New World and have political powers in each of these locations. With their position in the world, the Yonko helps to maintain power in the world.

After the events of Totto Land, the World Economic News considered Monkey D. Luffy to be the "Fifth Emperor of the sea" among the Yonko. After Luffy, Kid and Law defeated both Kaido and Big Mom, Luffy and Buggy the Clown were officially declared as the new emperors alongside Blackbeard and Shanks in the news.

In the world, the Yonko are apart of the three great powers which consist of the Marines, the Shichibukai, and the Yonko themselves.

The Yonko as individuals is known to be very powerful pirates. Their powers are feared greatly in the world to the degree that if one of them decides to rage a war against the World Government such as Whitebeard, it would be considered a very dire threat to them. In the Marineford War, for example, the World Government needed thousands of Marines, the three admirals, the vice admirals, and the Shichibukai to assist in their battle against Whitebeard, his crew, and allies.

The Yonko are renowned as being one of the strongest pirates in the New World that are formidable. For example, Kaido is known as the "Strongest Creature" in the world and is described to be very powerful and dangerous. Charlotte Linlin is also known as the "World's Strongest Hag" for her immense power and strength along with her crew that has a powerful intelligence network.

All Yonko are Haki users.

In the New World, the Yonko are shown to have political power over the islands that are allied with them. Unlike Whitebeard, who is protective of these allies, another Yonko like Charlotte Linlin is strict on their allegiance with them. For example, if they do not pay her tons of candy monthly then she will have her crew-mates destroy the islands that were allies. In Big Mom's case, she has dominance over her own territory, Totto Land that has 33 islands that form an archipelago. She is known as the queen of Totto Land. Big Mom form alliance through arrange marriage for her daughters to finalize her alliance with those who became her subordinates. However, she is not above of creating fake marriage for those who will not obey her (such as the Vinsmoke Family due to Judge's delusions) when she has no use of the Vinsmoke as she intend to kill them and steal their technology for herself.

In other cases, Kaido formed an alliance with the former Shogun of Wano Country, Kurozumi Orochi, and holds significant political power over the country. His pirate crew, the Beast Pirates have a level of authority over the citizens in the country. However, Kaido broke his alliance with Orochi when he is no longer necessary to his operation known as "New Onigashima Project".

However, if two Yonko (such as Kaido and Big Mom) formed an alliance together, it would be world domination. According to Brannew, when forming an alliance, it would mean that Kaido and Big Mom's bounties would surpass both Roger and Whitebeard. Even the Marines cannot stop them as they don't have enough military power since the Shichibukai are abolished.

If a Yonko falls, they lost their statuses and reputations as well being replaced by those who defeated them as the next Yonko.

As pirates, the Yonko may get into conflict with the World Government and are seen as enemies to them as well. If a Yonko falls, their status will be stripped and replace by those defeated the Yonko by the Gorosei.

With the shichibukai, the yonko have connections to some of them such as Kaido forming an alliance with former shichibukai Donquixote Doflamingo to help him produce SMILEs so that it can help him expand his army. Charlotte Linlin also used to have a relationship with former shichibukai, Jinbe, until he lost his privileges as a shichibukai for not participating the war and later leaving her crew. Jinbe once sailed in Whitebeard's ship and owed him his great debt as well refuse to fight Whitebeard and instead fight on his behalf by resigning as a shichibukai. Monkey D. Luffy befriended with Boa Hancock and Jinbe, as well formed an alliance with Trafalgar D. Water Law to take down both Kaido and Donquixote Doflamingo which they have succeeded. Luffy also made an allegiance with Crocodile to break out of Impel Down and heading to Marineford though Luffy strongly hates Crocodile for what he did in Arabasta (Vivi's home nation).

Monkey D. Luffy desired to overthrown all Yonko but saves Shanks for last.

Luffy idolized Shanks during his childhood. He wished to surpass him. When Shanks saved him from Akainu, he would broke his promise if he see Luffy. Shanks held an even greater amazement for Luffy after Totto Land.

Luffy teamed up with Whitebeard to save Ace. They initial held hostile, but apologized to each other after Luffy reveal to Whitebeard of the Marines of speeding up Ace's execution time.

Blackbeard holds amusement for Luffy despite being enemies and claim it's too soon for him to become a new Yonko. He is even more excited of Luffy's upcoming clash with Kaido.

Big Mom held a grudge on Luffy for eating sweets at Fishman Island. She failed to kill him after he defeated both her powerful sons (Cracker and Katakuri), destroying the wedding ceremony and escaped Totto Land while ruining Big Mom's reputation. Big Mom left Totto Land to get her revenge on Luffy. In Amnesia, Big Mom attempt to kill Luffy until Queen stopped her and captured while sleeping. She attempted to kill Luffy at Onigashima but never got the chance when she was defeated by Eustass Kid and Trafalgar D. Water Law as well fell into the magma deep of Wano Country, which caused the eruption.

Kaido has a greatest hatred toward Luffy of ruining his SMILES deal with Doflamingo. However, despite it, Kaido isn't taking Luffy's threat seriously as he viewed himself to be stronger than Luffy. Kaido easily defeated Luffy but attempted to break his will to have him as a subordinate by sending him to Udon to torture him rather than killing him. Kaido defeated Luffy twice more. When Luffy come back as well his devil fruit awakened, he respects Luffy's ability which he called it to be ridiculous. Kaido even apologized to Luffy for the CP0 Agent's interference. In the final attack, Luffy finally defeated Kaido as well Kaido presumably died when he fell into the magma deep within Wano Country, which caused the eruption.

After Luffy defeated Kaido, he was officially declared as a new emperor with a bounty of 3,000,000,000 berries. 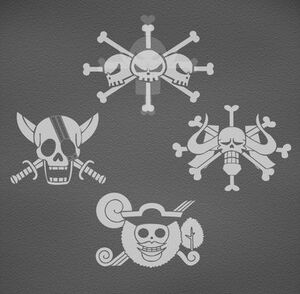 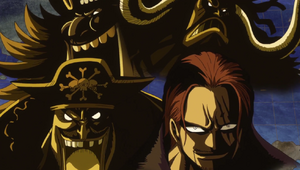