Molesting Marie and then filming it.

Get away with Marie's murder.

Yoshihito Kanamori is one of the antagonists in Higanbana no Saku Yoru ni, which translates as On the Night the Red Spider Lily Blooms.

Kanamori was originally an affable teacher who had defended Marie whenever she was harassed by her classmates. That all changed when he began to lust after Marie, eventually indulging in molesting Marie and filming it for his own amusement. Kanamori puts on a mask of friendliness to hide the fact that he is truly depraved, which he proudly boasts about. While he claims that he loves Marie, it's proven to be hollow once the tables turn on him, and he tries to pitifully beg for his life. Interestingly, Kanamori doesn't view himself as a monster, claiming that pure evil people never feel remorse for what they had done. Sure enough, Yoshihito has had moments in which he seemed to regret his actions, but they're completely ignored when he starts to develop a sense of godhood.

He was Marie Moriya's homeroom teacher who appeared in The Mesomeso Chapter. He was once a positive thinking teacher, who stood by Marie's side when she was being bullied by the other children. However, due to the stress of his job, he turned, and later developed a lolicon obsession with Marie in order to relieve his stress. He would practice "supplementary lessons" on her.

When Marie threatened to tell others about these lessons, he strangles her to death. He then drops her corpse in a toilet. Due to him seeming to not having left any particular evidence, he then calls himself Mesomeso. This later results in a contest between him and Marie over the title.

When Marie talked with him, he called her an imbecile who couldn't even stand up for herself when she was still alive. He proceeds to try and strangle her a second time, and when the body was seemingly left behind, he goes so far as to rape it. The Seventh Mystery of the School Higanbana the Dancing Doll of the Infirmary then appears to him, and informs him that he failed the three rules regarding Mesomeso. The rules were not to talk to Mesomeso, not to respond to its questions, and to not identify who Mesomeso was. Therefore, Marie becomes Mesomeso. She then proceeds to kiss him goodbye, and then devours him.

Kanamori reappears in the After School portion of the visual novel. In it, he argues with Nafumi Shintani on who the more perverted teacher was, citing that he did what he did out of love, whereas Nafumi disposes of her victims as though they were used tissue paper. He also appeared in the school picture alongside Nafumi. However, it has been stated that this takes place between the land of the subconscious and reality (i. e. a daydream) meaning that Kanamori is still very much deceased. 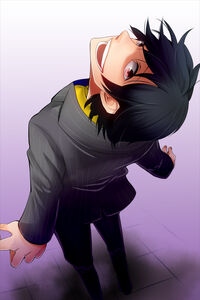 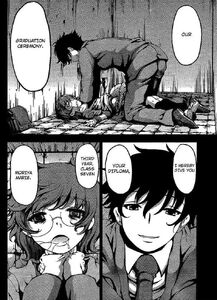 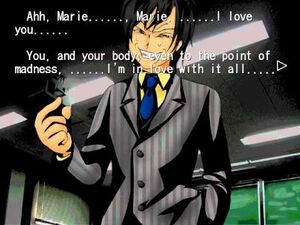 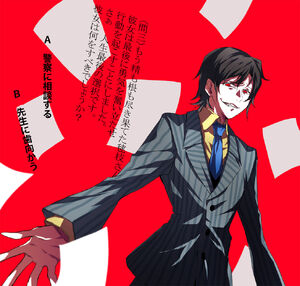