Warn Sebastian Krueger about the potential risk of the project (both failed).

Dr. Yousef Salim is a minor antagonist in the 2015 video game Call of Duty: Black Ops III and the secondary antagonist of the Nightmare mode. He is an Egyptian scientist and one of the main perpetrators of Coalescence Corporation's illegal experiments on humans.

He was voiced by Tony Amendola, who also played Santos Jimenez in Dexter and Shaun in Fallout 4.

Dr. Salim was born in Cairo in 2001. He later became a doctor working for Coalescence Corporation, and became involved in the company's illegal experimentation on human test subjects during the DNI trials, which was led by chief executive Sebastian Krueger. Salim's role was to act as a psychotherapist for the test subjects in order to try and distract them from the intense pain the experiments caused them.

This resulted in Salim beginning to develop the Frozen Forest, a mind plant where the test subject's consciousnesseses could be sent during the experiments. Salim also warned Krueger about the potential risks of the project, but he wouldn't listen. This resulted in the DNI's developing the rouge AI Corvus, who released Nova 6 gas into the atmosphere, killing 30,000 people. Krueger and Salim were the only survivors. Salim went into hiding, whilst Krueger continued his experiments in Zurich.

In 2064, Salim was captured by the Egyptian Army, and interrogated by Jacob Hendricks about the experiments. However, he was able to escape after the Nile River Coalition launched a counterattack against the Egyptian army. He was later captured again by Dylan Stone and his team, who interrogated him about the DNI project. Salim told them about his role in the project, and that Krueger was responsible. He was then executed by Stone for his role in the project.

Although the game takes place after Salim is killed, he is still able to appear, as the player's consciousness takes over John Taylor, and relives many of his memories as a result, including Salim's death at Stone's hands. However, Stone is replaced with Taylor, who executes the scientist and orders Sarah Hall to deal with the Player and the Egyptian Army. Salim can be heard through the rest of the game, quoting the "Frozen Forest" anytime the Player's infection affects him. 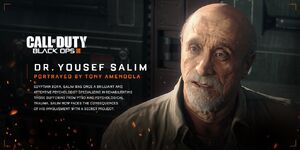 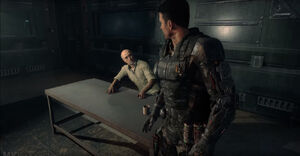 Salim being interrogated by Hendricks. 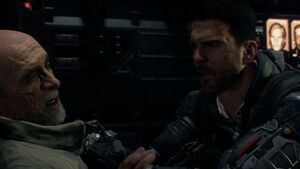 Salim being attacked by Hendricks. 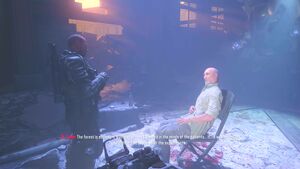 Salim being interrogated by Taylor in the dream sequence. 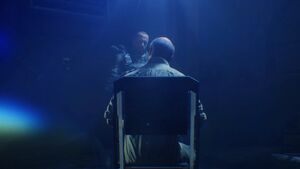 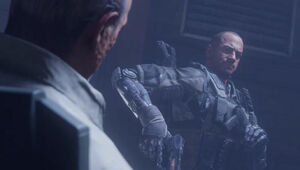 Salim moments before being executed by Taylor.