Enigmatic Monster
The Yowie is the Australian cousin of Bigfoot. Although it is generally classed as a different creature, like the Yeti, it is considered by some as a "missing-link", a mix of human and ape. However, the Yowie has a reputation for being a fairly aggressive and dangerous creature, and even before colonization of Australia, there were Aborigine legends about "wild ma(e)n", whom the native tribes were said to have fought with.

The Yowie is also blamed for the mutilation and death of household pets, such as dogs. The reasons for these attacks could be predatory or simple aggression. Rarely (if ever) has a Yowie been depicted as killing a human (though if the Aborigine legends are to be believed, the Yowie wasn't beyond fighting with humans in the past).

Some view the Yowie as a relative of the Bunyip, another Australian monster/cryptid, which puts a more supernatural slant to the creature and discredits it in the eyes of many scientists.

Before it was considered to be an Australian yeti, Aborigines once believed about a nocturnal beast with a similar name in myths. A hybrid creature of the night, it assumes a form midway between a reptile and an insect. Those who have glimpsed it say that it has six legs like an insect, the head of a great lizard, a body scaled either like a beetle or a reptile, and the tail of a snake. Apparently, this yowie lives in deep caves and only ventures forth after dark in search of prey. Some of the livestock losses blamed on dingoes may actually have been caused by prowling yowie. 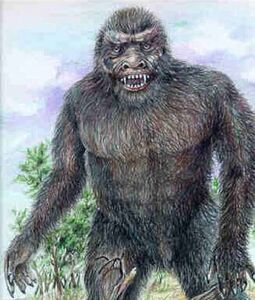 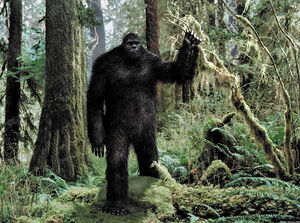