Countering MetsubouJinrai.NET and Magia attacks.
Investigating violations of the AI Laws with Fuwa.

Frame HumaGears as going rogue in order to cause a scandal at Hiden Intelligence and sink their stock.

While initially working under A.I.M.S., she is on loan from the massive multinational conglomerate Zaia Enterprise and is working to undermine Hiden Intelligence for them. After returning to ZAIA later on in the show, she switches to using the Raidriser and the Fighting Jackal Progrise Key to transform herself into a Raider known as the Fighting Jackal Raider.

She is portrayed by Hiroe Igeta.

Yua originally worked for Zaia Enterprise before being loaned to A.I.M.S. to serve as their technical adviser. At some point, Gai Amatsu implanted an AI chip in her brain that granted her the power to transform with a ShotRiser, but also gave Gai control over her actions.

Yua Yaiba was among the A.I.M.S. operatives deployed in response to the Berotha Magia's rampage alongside Isamu Fuwa and several soldiers. While Zero-One engaged the Magia, Yua and Isamu fought the Trilobite Magia it summoned.

Yua later visited a sushi shop Hiden Intelligence's new CEO Aruto Hiden and his HumaGear secretary Izu were at to observe a sushi chef HumaGear, Nigiro Ikkan. Yua ordered a slice of sushi from the HumaGear and, after it was prepared, tasted it and remarked on how good it was. However, Yaiba was then notified about a Magia attack and left to confront the Neohi Magia. During the fight, Yua revealed her Kamen Rider form, Kamen Rider Valkyrie, and destroyed the Trilobite Magia spawned by it. After the fight, Yua reported to Zaia Enterprise's CEO, Gai Amatsu, revealing that she had planted a bug on Nigiro Ikkan that would allow them to spy on Hiden Intelligence.

After MetsubouJinrai.NET deployed Little Assassin on its first mission, Yaiba abducted the HumaGear while Jin was engaging the Kamen Riders and took it to a secret location, where she reprogrammed it so the lights in its eyes were blue, the sign of a normal HumaGear, instead of red, the sign of a hacked HumaGear. Yaiba then set the HumaGear loose again and filmed it with her phone, making sure to capture in the video that its eyes were blue, before sending the footage to the media so they would report on it and cause a scare about HumaGears going rogue, which would sink Hiden Intelligence's stock.

Later on, Yaiba assisted Zero-One in defeating the Mammoth Magia, only to recover the Zetsumerise Key it dropped to deliver to Zaia. Yaiba later met with the CEO of Zaia Japan, Gai Amatsu, and handed him the key.

Yua then went to check up on the production of the Giger units at A.I.M.S.'s base that they had ordered from Zaia. However, A.I.M.S. was then attacked by MetsubouJinrai.NET, who in the process hacked one of the Gigers and injured Fuwa, forcing him to be rushed to the hospital. MetsubouJinrai.NET then remotely activated the Giger they had hacked and programmed it to go hospital to hospital hacking all of the HumaGears within them, forcing Hiden to shut down all of the HumaGears working at hospitals to prevent them from being hacked. To get Hiden to reactivate the HumaGears so Fuwa's HumaGear doctor can operate on him, Yua gives the Breaking Mammoth Key to Aruto, which allows him to transform into Kamen Rider Zero-One Breaking Mammoth and destroy the Giger.

After the incident, Yua goes to Hiden Intelligence to talk with Izu, only to be confronted by Izu about the fake video she filmed of Little Assassin after Izu deduced the person who filmed the video was her. Caught off guard, Yua unconvincingly denies filming it and says it wasn't her before leaving.

Yua later reports to Gai Amatsu, who expresses surprise at Yua handing over the Mammoth key to Hiden Intelligence before ordering her to obtain another Zetsumerise Key. Following this, Yua and the rest of A.I.M.S. were dispatched to provide security to the filming of a movie produced by Hiden starring a HumaGear actor. After MetsubouJinrai.NET attempted to assault the production but were driven off, Fuwa learned of the faked video Yua had sent to the media and went to confront her about it, reminding her that A.I.M.S.'s mission was to keep watch over the HumaGears and not to take down Hiden. However, Yua replies that the latter is her true mission from Zaia and informs him that there will come a time when they will be on opposite sides before heading off.

Yua later took part in AIMS's raid on MetsubouJinrai.NET's base at Daybreak Town, which was supported by Hiden Intelligence. Despite the raid seeing the death of Horobi, AIMS was forced to retreat after too many of their members were injured. Later on, when Jin took charge of MetsubouJinrai.NET's forces and led a crusade on the city, Yua and Fuwa responded and assumed their Kamen Rider forms to fight off Jin's army, but were overpowered by Jin's hacked Gigers. However, Aruto Hiden then arrived and transformed into Kamen Rider Zero-One Shining Assault Hopper before destroying all of MetsubouJinrai.NET's forces, including Jin.

Yua was later called back to Zaia from A.I.M.S. She oversaw the first round of the competition between Hiden's HumaGears and Zaia's ZaiaSpec involving floral arrangement.

Yua was later confronted in a parking garage by Fuwa, who demanded to know if she had repaired Horobi and why she had done it. Yua declined to answer and instead asked Fuwa why he suspected her, to which Fuwa recalled her earlier warning that she would betray him someday. The two then assume their Kamen Rider forms and fight. Valkyrie initially gains the advantage by attacking with ranged attacks but Vulcan manages to overpower and defeat her by getting in close. However, Gai Amatsu then shows up and transforms into Kamen Rider Thouser before beating down and knocking Isamu out of his transformation. Gai then instructs Yua to go with him and the two depart.

After Hiden's rapper HumaGear MC Check It Out went berserk and was turned into a Magia by Gai with a ZetsumeRiser, Yua transformed into the Fighting Jackal Raider with a RaidRiser given to her by Gai to demonstrate the powers of Zaia's new product on live television. While Gai became Thouser to hold off Aruto as Zero-One, Yua fought and destroyed MC Check It Out.

After ZAIA won the Workplace Competition and acquired Hiden Intelligence, ZAIA began using A.I.M.S. to hunt down and terminate the remaining HumaGears. As Fuwa had stepped down out of disgust with what ZAIA was doing, Yua was transferred back to A.I.M.S. to serve as its new Captain. She attempted to deactivate Izu after the HumaGear was reactivated by Aruto, but was fought off by Isamu Fuwa as Kamen Rider Rampage Vulcan.

Yua was later ordered by Gai to terminate Isamu Fuwa, whom Gai had decided had become too much of a problem now that he was free from Zaia's control and decided to "remove him from the board". Yua transformed into the Fighting Jackal Raider and went out to confront him once more, but was once again defeated by Kamen Rider Rampage Vulcan. Deeming Yua to be a failure, Gai sent out A.I.M.S. Battle Raiders Eifuku and Ito to deal with her, but Vulcan fought them off.

Later, Yua took notice of Aruto with the reactivated tennis HumaGear Love-chan, but upon seeing the HumaGear's benevolent nature chose not to do anything. However, Gai then showed up accompanied by Eifuku and Ito and told Yua to step aside, confronting Aruto Hiden and Isamu Fuwa. Gai revealed that Fuwa's memories of his junior high school being attacked by HumaGears were fake and that he had programmed the chip in Fuwa's mind to give him with fake memories of HumaGears attacking his middle school in order to cause him to develop a vendetta against HumaGears.

However, Yua then spoke up and declared that she could no longer support Gai, stating that while she didn't have a dream she had principles and one of those was that technology was supposed to benefit humans, not control them. Grabbing a ShotRiser, Yua transformed into Kamen Rider Valkyrie once more to take on Gai, who nonchalantly transformed into Kamen Rider Thouser to dispose of her.

While Thouser and Valkyrie fought, Aruto became Zero-One to deal with the two Invading Horseshoe Crab Raiders Gai had brought along. Though Yua was the more skilled fighter, Gai was able to gain the advantage by using the chip he implanted in Yua's mind to remotely cause her pain and disturb her focus. However, Fuwa soon joined the fight as Rampage Vulcan and together, he and Yua were able to defeat Gai and knock him out of his transformation. Gai then grabbed a ZAIASpec and put it on so he could use it continue torturing Yua, but Yua punched Gai in the face and knocked the ZAIASpec off, declaring that he should consider this her resignation.

After MetsubouJinrai.NET was finally destroyed and ZAIA Enterprise relinquished its hold on A.I.M.S. to the government, Yua became the Captain of a newly reformed A.I.M.S.

In contrast to her partner Isamu Fuwa, Yua is very cool and logical, rarely making decisions based upon emotion. She is polite in conversation and affable to everyone she meets. She does not share Fuwa's hatred of HumaGears, though she still views them as little more than tools that can be reprogrammed and not as actual living beings and comrades like Aruto or Izu do.

In truth, she is actually a spy from ZAIA Enterprise tasked with causing Hiden's stock to plummet so Zaia can acquire them. Despite her ulterior motives for being part of A.I.M.S., Yua is on good terms with Fuwa and the rest of A.I.M.S. She sees Fuwa as a friend and cares for his well-being, showing concern whenever he gets hurt or overexerts herself. She also seemingly hopes to be on good terms with Izu and even expresses remorse that her goals will eventually divert her from Fuwa. 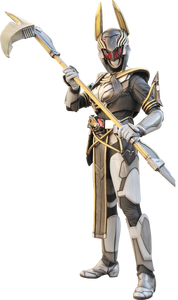 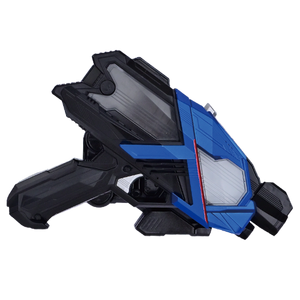 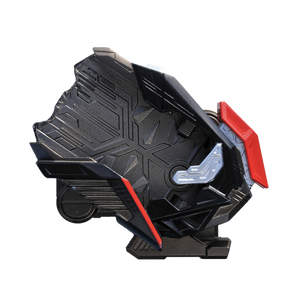 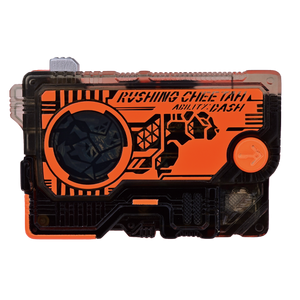 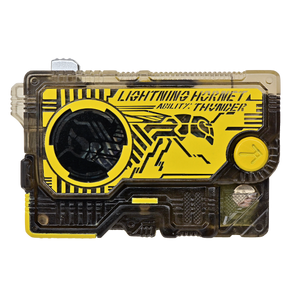 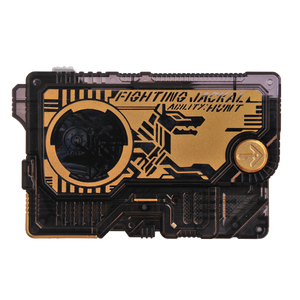 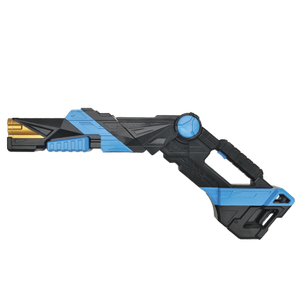