Skilled at using knives and other weaponry like chainsaws

Yuan (ユアン Yuan) is a central antagonist of the adventure game Shenmue II by SEGA. He is a high-ranking executive of the Yellow Head gang that operates in Kowloon. He is a stereotypically effeminate gay man who is also a transvestite (someone who enjoys dressing in clothes primarily associated with the opposite sex). There are no confirmations of transgenderism. He is also in a romantic relationship with the Yellow Head leader Dou Niu, which is speculated why he is a top executive of the gang. He often blackmails Kowloon's shopkeepers as they are all afraid of him and Dou Niu.

In the original Japanese Dreamcast version of Shenmue II, Yuan was a male transvestite but in the PAL Dreamcast version, which had Japanese voices and English subtitles, his voice was replaced with a Japanese female actress, and was censored to be a female, due to the director Yu Suzuki not being sure about how players outside of Japan would take a obviously gay character at the time. Yuan is also still a woman in the English dubbed Xbox release, and Sega of America was considering on restoring Yuan's original gender, but decided to try and make his voice and gender ambiguous, but still refer to him as a "she" to not upset western fans. In the 2018 re-release of the first two Shenmue games for modern consoles, Yuan is still a female when the English voice option is selected, however when the Japanese voice option is selected, his original male voice from the original Japanese version is restored and he is referred to as a "he" in the English subtitles. The official English Shenmue III website also refers to Yuan as a male, although he did not appear in the game at all.

He was voiced by Takahiro Sakurai in the original Japanese version (who also voices the main antagonist of the Shenmue series Lan Di), an unknown Japanese female actress in the PAL Dreamcast version, and Lisle Wilkerson in English.

Yuan is somewhat eccentric and is easily recognizable in Kowloon due to his dress-sense, and seems quite clumsy when flustered, particularly in his confrontations with Ryo and Ren.

He hates filthy things and compulsively cleans anything dirty, messy, or smelly. He is also a practitioner of the Mantis Dagger Fist and is skilled at using weaponry like pipes, knives, and even chainsaws in combat. He also owns a pet Myna bird and collects knives and has a wall full of them in his room. He also enjoys drinking tea at the Cafe Anna and feels it's an "elegant" way to spend his time. He also seems to be fond of the color purple, as he thought his refrigerator being that color would be perfect for his room.

Yuan is also sadistic and shows signs of being mentally unstable due to him attempting to kill Ryo and Ren with a chainsaw (he actually does kill them if the QTE is failed but it is a non-canon game over scene, but it should be noted that he would have done it without compassion if they didn't successfully defend themselves). He also tortured Yuanda Zhu's aide, Shiquin Zhang for information on Zhu's whereabouts. He also stated that he was going to make him "spill his guts". 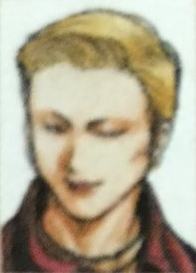 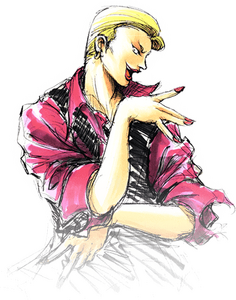 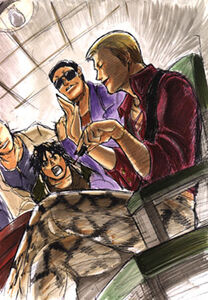 Artwork of Yuan and his men capturing Wong, a scene that never appeared in the game. 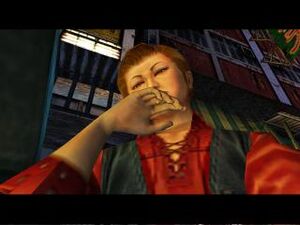 Yuan after hitting Ryo in the back with a pipe. 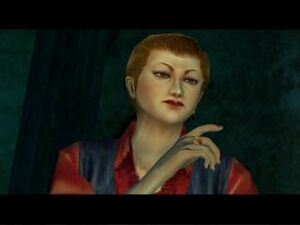 Yuan after Ryo beats his men in the F Warehouse. 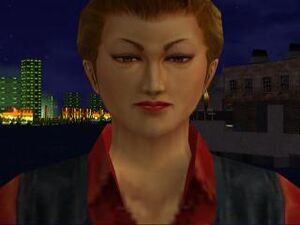 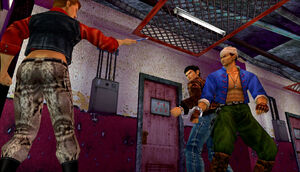 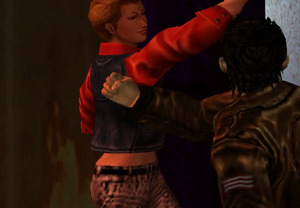 Yuan cutting Ryo with his knife. 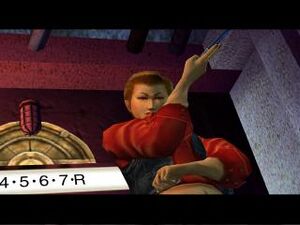 Yuan after cutting Ryo with his knife. 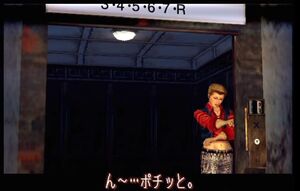 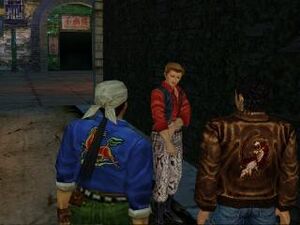 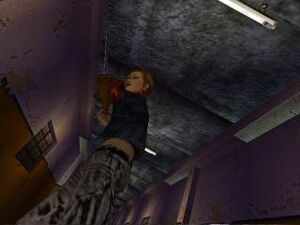 Yuan about to kill Ryo. 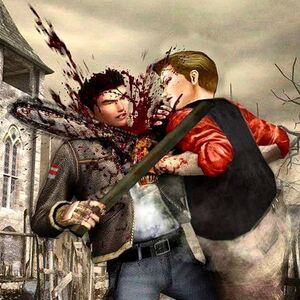 Yuan cutting Ryo with his chainsaw. 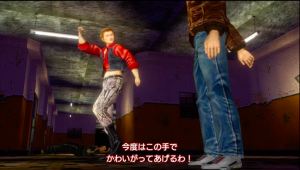 "This time I'll use my cute hands!".
Add a photo to this gallery

Retrieved from "https://villains.fandom.com/wiki/Yuan?oldid=4355754"
Community content is available under CC-BY-SA unless otherwise noted.