Yukako Yamagishi is a minor antagonist in JoJo's Bizarre Adventure: Diamond is Unbreakable. She later becomes a supporting character and ally, and the girlfriend of major ally Koichi Hirose.

Yukako is introduced in the midst of a date with Koichi Hirose, initially acting demure and sweet around him. This visage quickly dissipates when she reveals her bad temper and obsession with him, which occupies the majority of her initial role in Diamond is Unbreakable. At first Koichi's buddy Okuyasu is envious of Koichi having a girl as attractive as Yukako, but his envy quickly turns to pity for Koichi as soon as he sees only the portion of her bad side.

Her love takes an overtly psychopathic turn when she decides to kidnap him and attempt to brainwash him into reciprocating her feelings, as well as forcefully training him into fitting an idealised picture of himself. Upon Koichi's revolt, she goes completely berserk and is willing to hurt, or even kill him in order to keep him for herself. Once she is defeated, and then immediately saved by Koichi in spite of what she put him through, Yukako sees the error of her ways, becoming genuinely infatuated by his heroism, and as such begins to fully respect his privacy and feelings. After beginning a true relationship with Koichi, she appears much more mellow and relaxed.

Every once in a while, to boost his academic performance, Koichi seeks "tutelage" from Yukako who, through various methods of outrageously harsh and gruesome methods, "assists" her boyfriend, with surprisingly splendid results.

Yukako is a teenage girl of fine build, 167 cm (5'5¾") tall. She is characterized as especially beautiful, with fine facial features and bodily proportions. She has full, dark, wavy waist-length hair; a mole above her right breast and dark eyes. She also has prominent, arched eyebrows. She is all too aware of her own beauty and has enormously proud of it. She absolutely shows no tolerance for those who dares to insult or slight her attractiveness, even if that person is Koichi.

Yukako's most recognizable character trait is her obsession for Koichi, which she explains as appreciation for men with potential rather than perfect people, whom she considers boring, and admits outright to becoming obsessive about anything she likes.

Yukako's Stand, Love Deluxe is bound to Yukako's hair, allowing it to grow to various lengths and move with considerable strength and dexterity.

Love Deluxe is precise enough that the hair can tie something as small as a tongue, but is also powerful enough to immobilise someone. When angered, Yukako can unleash Love Deluxe and make her hair grow so much it can cover and invade an entire house.

Yukako is also able to shoot strands of her hair at opponents, which she then controls freely. As she takes no damage when the hair is destroyed, Yukako can then grow these strands of hair to make then reach dangerous hazards, such as fire nearby, igniting people on fire as well but also throw people around. 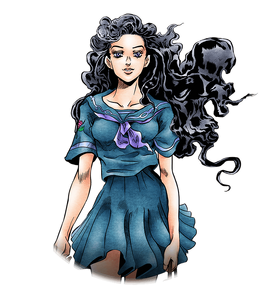 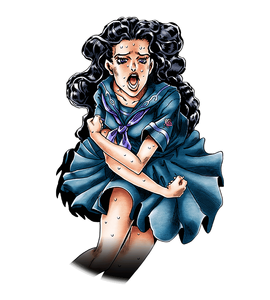 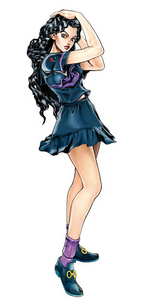 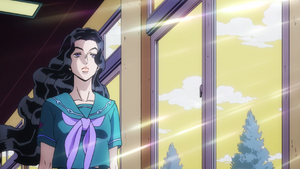 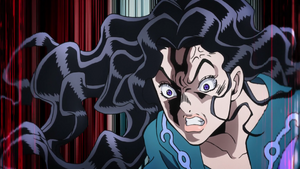