Perishing at the Altar, Silence from a Deep Kiss

Gain a place in Dai-Shocker.

Yuki, also known the Thorn Fangire, is the Queen of the Fangires from the World of Kiva, her true name being Perishing at the Altar, Silence from a Deep Kiss, and the secondary antagonist of Kamen Rider Decade.

She is a sea cucumber Fangire that belongs to the Aqua Class Tribe and able to execute her own version of the "Final Zanvat Slash".

She is played by Yuria Haga, who also portrayed Mio Suzuki in Kamen Rider Kiva.

Yuki initially supports Wataru as King of the Fangire, but later sides with Apollo Geist and marries him to give him immortality in exchange for a place in Dai-Shocker. However, the wedding is crashed by Tsukasa Kadoya. The Thorn Fangire attacks him but is eventually killed by Decade Complete Form with Ryuki Survive's power. 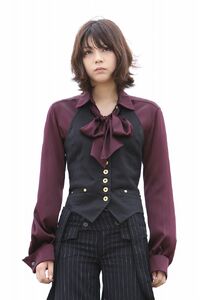 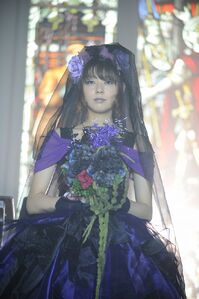 Yuki in her wedding dress. 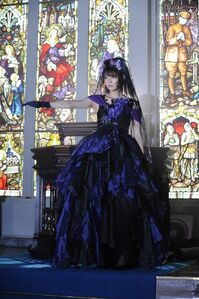 Yuki getting married to Apollo Geist. 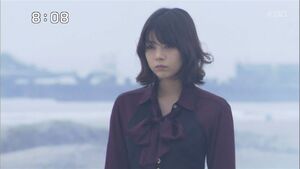 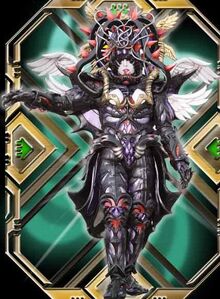 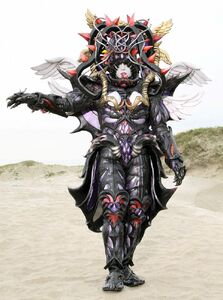 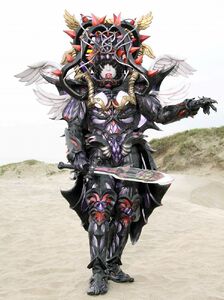