Writing in his Diary.

Become the next God by winning the Diary Game (succeeded).

Yukiteru Amano, better known as Yuki, is the male protagonist and anti-hero of the anime/manga series Future Diary/Mirai Nikki. He is the First Diary Holder and in possession of the "Random Diary". He is also the love interest of Yuno Gasai.

He was voiced by Mizuzu Togashi in Japanese and Josh Grelle in English, with the English voice actor also voicing Victor Kresnik.

Yukiteru is an average fourteen year old boy, he has medium length, black hair, and blue eyes. He is usually seen wearing a beanie, shorts with a holster for his cell phone, and an overcoat with a black undershirt and a zipper. He also wears boots and white socks.

The main male protagonist of the series and the First diary user. Also known as Yuki, he is a 14-year-old middle school student who observes those around him as a bystander and writes it down in his cell phone diary. Yuki becomes involved in the Diary Game when, to his shock, Deus, a god-like being whom he thought was an imaginary friend, turns out to be real and selects him as one of twelve contestants in a 90-day battle royale where the contestants must kill each other using their special diaries; the last survivor becomes Deus's new heir.

Yuki is mostly well-known for his obstreperous personality. He has a tendency to cower while in battle, usually relying on Yuno for protection. He is usually submissive and unconfident to confrontation. He is well aware of and fears Yuno's insanity regarding him, but has a strong desire to keep her sane, often forgiving her for her mistakes and keeping her from murdering others. Initially, he has little desire to become a god and simply plays the game in order to survive.

After the deaths of his parents, however, his desire increases exponentially and he becomes more vicious, cunning, and willing to kill, shown when he does not try to stop Nishijima's death and when he kills The Eight's followers despite an alliance between the two. After being told that Yuno is lying and not even a god can revive the dead, he becomes emotionally upset and shoots Hinata, Mao, and Kosaka.

After Akise's death, his trust in Yuno decreases, but he tries to love her as best he can. He refuses to kill her to become god despite their earlier arrangement. During the battle against Yuno, he acknowledges his love for her and persistently pursues her into the Third World. His love for her pushes him to save her Third World self (to ensure she had a good future) and allows him to escape her illusion orb. After becoming a god, he mourns her for 10,000 years before happily reuniting after she breaks the wall of space and time.

However when Muru Muru showed him the flashbacks from the First World where Yuno came from, Yuki seemed braver and less cowardly. The reason why Yuki was weak in the Second World was because he was pampered and fiercely protected by First World's Yuno all the time.

Yuki's diary is called the Random Diary or Indiscriminate Diary, which written from his point of view, gives a detail explanation of his surroundings very accurately, whether it be the present or the future. While versatile in any situation, the main disadvantage of the Random Diary is that the diary does not tell him what is happening to himself, which leaves him vulnerable. Furthermore, since the diary is written from his point of view, Yuki can be tricked into thinking something he sees is true without realizing it, which is a disadvantage for other people who use the Random Diary. 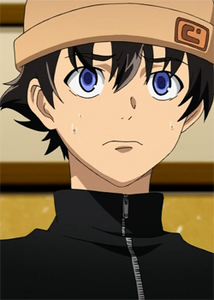 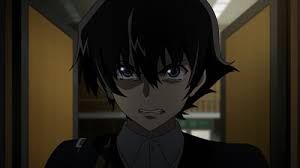 Yuki showing his evil side. 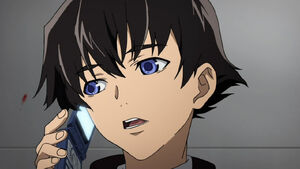 "Get those hands dirty, my love" 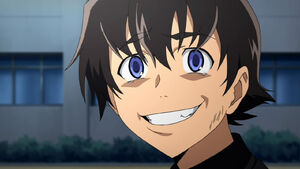 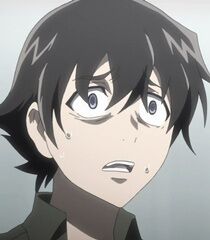 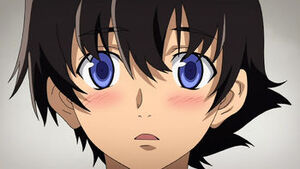