Yume Hasegawa is one of the protagonists of the anime and manga series Pupa. She is Utsutsu's younger sister.

According to the manga, Yume was originally a monster that escaped from a laboratory. The monster entered Sachiko Hasegawa's uterus and it proceeded to copy everything about her into itself. This caused Yume to have the same DNA that her mother had.

As she grew older, she was abused by her father. Her older brother, Utsutsu, and her mother, Sachiko, also shared in the abuse. Sachiko eventually divorced her husband, and this forced the two siblings to look after each other.

Later on in life, Yume became infected with the Pupa Virus upon seeing a red butterfly. This caused her to transform into a merciless monster that had an insatiable urge to eat human flesh. Utsutsu was also infected with the Pupa Virus and he developed a regenerative ability. He then made the ultimate sacrifice, and he regularly allows his sister to eat him if it means that she wouldn't go after other people.

As the manga neared its end, it's revealed that Yume was never infected by the Pupa Virus; rather, she was a monster all along. Additionally, she's indirectly responsible for all of the tragedies that the Hasegawa family suffer. For one, Shiro, who was already abusing Sachiko, became suspicious of her suddenly becoming pregnant (as he was working out of town for five years), and her abuse worsened. This made Utsutsu depressed, and he tried to leave home. When it seemed as though Yume was about to get hit by a truck, Utsutsu sacrifices himself, and throws himself in the way of the vehicle, unaware of his sister's regenerative abilities. In reality, Utsutsu would've died, had Yume didn't allow him to eat some of her meat, thus making him half monster. Most shockingly, Yume was the one who had given Utsutsu his signature scar that he acquired through one of her rampages. Throughout this time, Yume acted like a monster, and only began to make human contact when she was closely watching her "brother" (whom she placed the mindset of loving her into). When Yume became a human, she had completely forgotten about her life prior to impregnating Sachiko, meaning that she had no memories of Yuu being her mate.

Eventually, Utsutsu changes into his Emergence form, and the two devour each other until they crumble into red butterflies. The only thing that was left of the two siblings was their hairpieces.

In her human form, Yume is usually rather sweet and well-mannered. She becomes violent in her monster form, however, and she can only be at peace once she eats her brother's flesh.

While in her human form, Yume possesses short-brown hair and eyes. On the left side of her head is a pink hair-pin. She normally wears her school outfit.

When she's in her monstrous form, she is large and she also has red wings. 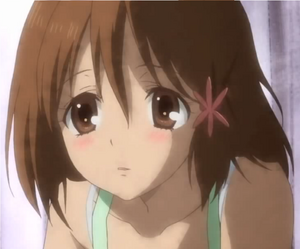 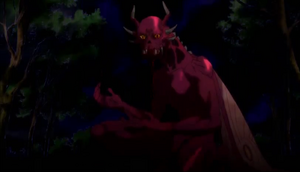 Yume in her monster form. 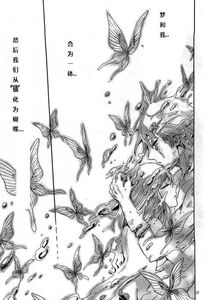 Yume dying with her beloved onii-chan.
Add a photo to this gallery 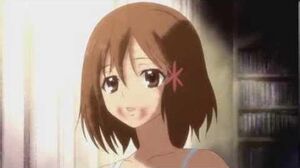 Pupa - Onii-chan...
Add a photo to this gallery

Retrieved from "https://villains.fandom.com/wiki/Yume_Hasegawa?oldid=3708025"
Community content is available under CC-BY-SA unless otherwise noted.