Lumps (or masses) of desires

Ability to feed on human desires (each members have different methods)

On & Off Monsters
The Yummies (in Japanese: ヤミー, Yamī) are the underlings to the Greeed serving as secondary antagonists in Kamen Rider OOO. There are 40 types of Yummies.

The Yummies are monsters created by the Greeed and serve as their subordinates when a Cell Medal is used on a human. Each Greeed has a different method of producing a Yummy relative to the birth (or maturing process in Uva's case) of the type of animal: Uva's start off as a humanoid White Yummy until it molts, Kazari's also start off as White Yummies but his are parastic to the host, Mezool's begin as a roe-like substance, Gamel's are born directly from the Greeed with a Cell Medal, and the Lost Ankh's start as a giant bird's egg hatching into a White Yummy before maturing. The Greeed, Giru and Dr. Kiyoto Maki on the other hand create Yummy from inanimate objects. Characteristics of a Yummy can be combined with another through two known methods, the first was developed by Kazari after absorbing Gamel and Mezool's Core Medals and by using any of their procedures, the second is when two Greeed use their methods at the same on the same object or person.

Similar to the Greeed, Yummies are composed of only Cell Medals and thus "bleed" Cell Medals when wounded or explode into a shower of them when destroyed. According the Ankh, the more desire a Yummy consumes, the stronger it becomes. In addition, the more powerful the Yummy, the more Cell Medals are produced upon its destruction while White Yummy produce none at all. These Cell Medals are able to power up the Greeed, but the Kougami Foundation has created devices which run off their power.

Should their host's primary desire suddenly change, the Yummy may split into two similar Yummy. The original Yummy will continue with the host's original desire while the new Yummy feeds off their new desire instead.

Their name is based off the English words Yummy, referring to how it eats objects of desire, mummy, refering to the White Yummy form due their resemblance of an Egyptian Mummy, and to the Japanese word for darkness, due to them being mostly been created and driven by their human host's dark desires.

Though they were not part of Dai-Shocker initally (as Kamen Rider OOO is a post-Decade show), at least two Yummies Uni-Armadillo Yummy and Kuwagata Yummy, was part of the revived Dai-Shocker assembled by Decade to wipe out the Super Sentai, ensuring the survival of the Kamen Riders. After Dai-Shocker's alliance with Dai-Zangyack was revealed, both organizations were wiped out by a gathering of Kamen Riders and Super Sentai.

Several Yummies, along with Dopants, Zodiarts, and Phantoms, were part of the Monster Army, a hoard of kaijin who were revived by the Akumaizer to conquer humanity. They were defeated by an octet of Kamen Riders consisting of Kamen Rider Wizard, Fourze, Meteor, Nadeshiko, Double, Accel, OOO, and Birth.

When one of the beings known as the Greeed approaches a human and asks what the human desires. A coin slot called a Medal Insert Slot, which is also used on the Ride Vendor, appears on the human, and after the Greeed inserts a mystical object called a Cell Medal into the slot, a monster called a White Yummy is formed from the human. Being the incarnation of its' host desire, a White Yummy physically devours that person's object of desire and "digest them" into Cell Medals. Once consuming enough, a White Yummy transforms into a complete Yummy, modeled after the animal on the Cell Medal.

An unspecified type of Yummy is the initial roe-like substance Mezool's Yummy take when she inserts her Cell Medals into the Medal Insert Slot. Like the White Yummies they feed off the object of the host's desires "digesting" them into Cell Medals until they assume their complete form.

Waste Yummies, or "Pseudo Yummies", are White Yummy-like creatures that are not fully developed, each made from half a Cell Medal. They are weaker than White Yummy although harder to destroy with physical attacks, but can be created easily by Uva for grunt work and do not require hosts.

Uva used these at a rapid rate for his final dénouement. 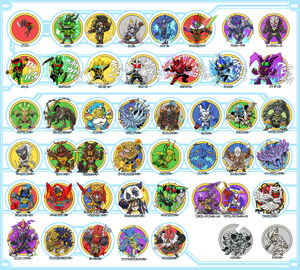 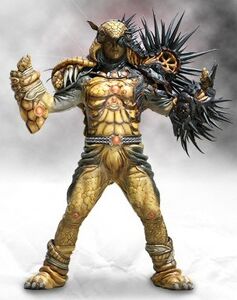 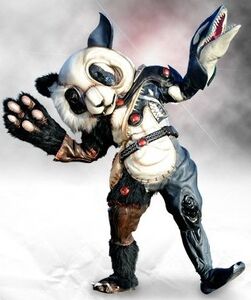 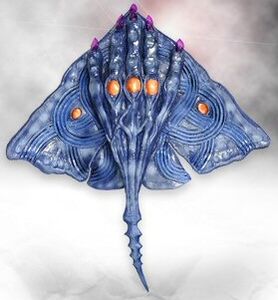 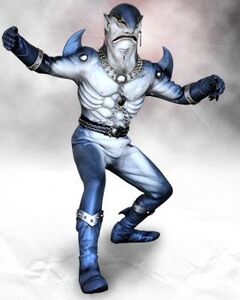 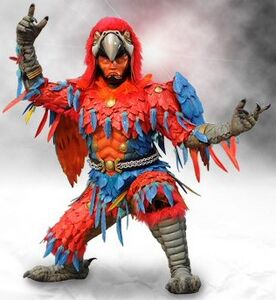 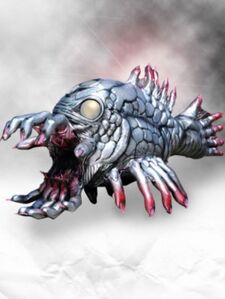 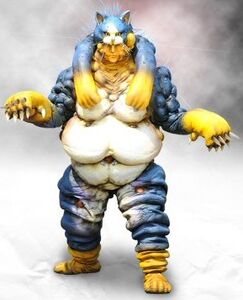 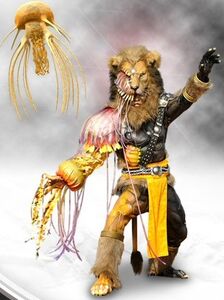 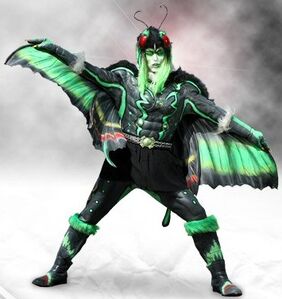 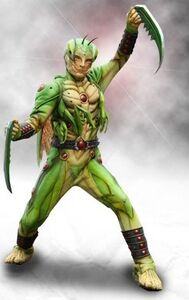 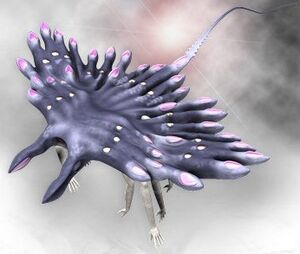 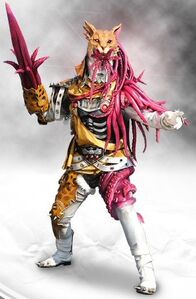 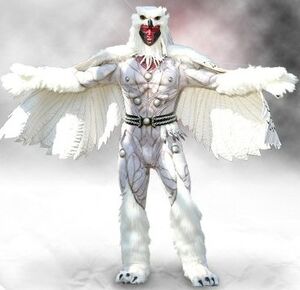 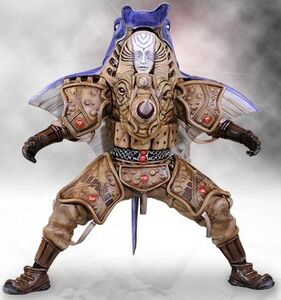 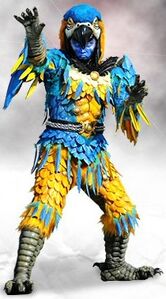 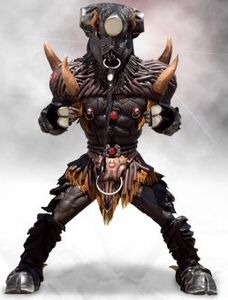 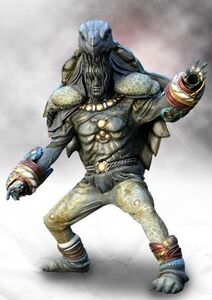 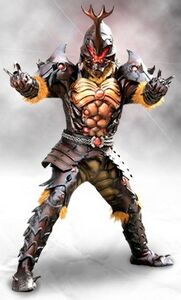 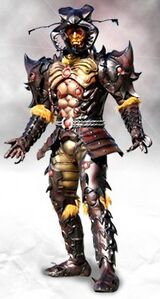 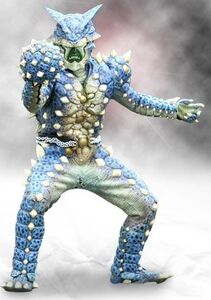 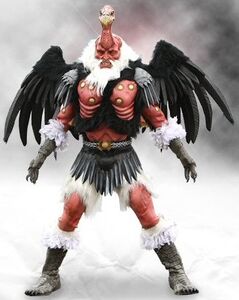 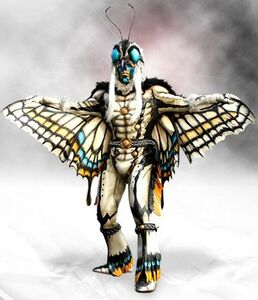 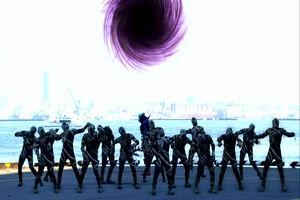 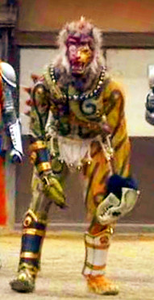 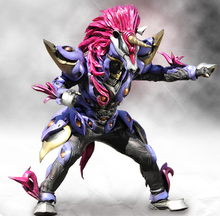 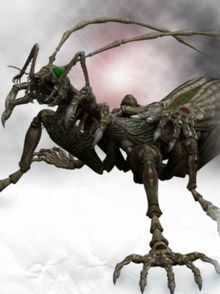 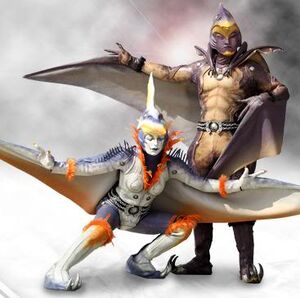 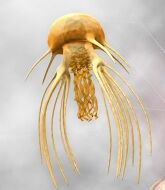