Selling AK47s.
Lying to his family.

Yuri Orlov is the protagonist villain of the 2005 crime drama, Lord of War. He is a Ukranian immigrant who aspires to become the world's leading arms dealer.

He was played by Nicolas Cage, who also played Castor Troy in Face/Off, Brent Ryan in Mom and Dad, Peter Loew in Vampire’s Kiss, Speckles in G-Force, and Little Junior Brown in Kiss of Death.

Yuri Orlov is a young man living in New York City, his family immigrated from Ukraine when he was very young. Growing up in a neighborhood overrun by Russian Mobsters, Yuri had a chance encounter with two failed hitmen who attempted to assassinate a crime lord. From that point on, Yuri decided that his calling in life was to become an arms dealer.

Recruiting his younger brother Vitaly, Yuri traveled the world; selling guns to both sides of the conflict during the Lebanon War. Yuri's antics quickly gained the suspicion of the overzealous interpol agent Jack Valentine. Eventually Vitaly became addicted to cocaine and Yuri began to work alone. Using the few assets he had from his arms dealing venture, Yuri manipulated a young model named Ava Fontaine into falling in love with him. The two soon married and had a son together.

Soon after, the cold war ended and Yuri traveled to Ukraine to meet with his uncle, Dmitri Volkov, a former soviet general who is now in charge of the Ukrainian arsenal. Acting as his new supplier, Dmitri allowed Yuri to sell his surplus of AK-47's. Seeing an opportunity in Liberia, Yuri befriends a ruthless dictator named Andre Baptiste, and the two become business collaberators.

As Yuri gains notoreity, Valentine quickly catches onto his and tells Ava that Yuri has been lying to her and he's really an arms dealer. When Ava confronts Yuri about this he promises to change his ways. Staying true to his word, Yuri acts as an accountant for several months before Baptiste convinces him to keep doing business with him.

Asking Vitaly to go on his next arms deal, Yuri leaves his penthouse apartment under the guise of a business trip. Unbeknownst to Yuri, Ava followed him to his weapons cache and she informs Valentine.

Meanwhile, Yuri and Vitaly travel to Sierra Leone to sell the guns. Vitaly notices a family of refugees being slaughtered by the people they are selling to. Sympathizing with the refugees, Vitaly destroys half the supply with a grenade before being shot to death by the militia.

Yuri is soon arrested after a coroner finds a bullet in Vitaly's body. Valentine explains to Yuri that he has all the evidence he needs to shut this operation down forever. Unfortunately for Valentine, Yuri reveals that he was selling for the US Army as a proxy so the weapons Valentine confiscated must be returned and Yuri is to be released. A free man with no wife or family, Yuri continues to sell guns and making a fortune off of it. 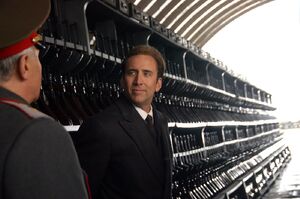 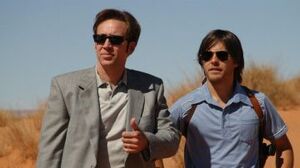 Yuri with his brother Vitaly 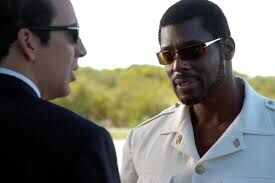 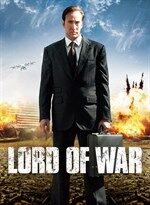 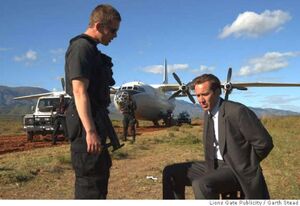