Taunting both Rokuro and his twin sister, Benio.

Become the strongest exorcist in the world (failed).

Turn Rokuro into a being called Cataclysm King (succeeded).
Destroy the world.
Kill his sister, Benio and Rokuro (all failed).

Transforming others into monsters

Yuto Ijika (in Japanse: 石鏡 悠斗, Ijika Yūto) is the main antagonist of the anime series Twin Star Exorcists. He is Benio Adashino's evil older twin brother and Rokuro Enmado's old friend turned enemy. He is also the mastermind behind the tragedy that is called Hiinatsuki Tragedy.

He was voiced by Murase Ayumu.

Yuto is a young man with blue hair that is kept in a bowl cut hairstyle, he has gold colored eyes and wore an eye patch over his left eye and is seen wearing a white uniform with dark blue designs on the sides of the sleeves and on the zipper.

Before he had an eye patch, he had blue eyes matching the color of his hair.

2 years later, his appearance has not changed except he has gotten taller.

When he was younger, Yuto had a friendly and companionable rivalry towards Rokuro. He used to care for Benio to the point that he gave her the hairpin, with Benio believing that he had a strong sense of justice. However, it was all revealed to be a facade on his part.

In reality, he remains very confident in his own power and he feels nothing for his little sister, nor Rokuro, and didn't hesitate to kill them if he had the chance. He is cruel, ruthless, unsympathetic, sadistic, and remorseless in his actions, and even belittled Benio by insulting their late parents, who sacrificed themselves to save her, while calling her pathetic. He also loves showing off his strength and whenever he has a moment of weakness, he makes it appear like it is a bluff in order to keep his strong image. He does not mind sacrificing countless people to become the strongest exorcist.

Despite all of this, Yuto puts on a respectful and polite demeanor to his enemies even while acting ruthlessly towards them. He also had a twisted obsession with Rokuro, although he still didn't mind torturing him and trying to break his spirit to transform Rokuro into a being called Cataclysm King that will supposedly bring the end of humanity itself. 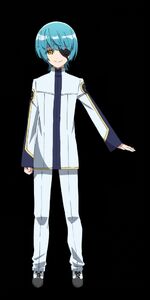 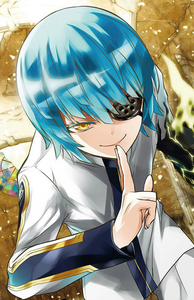 Yuto in the manga. 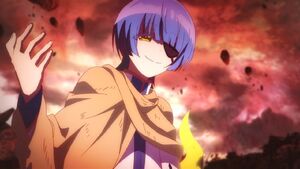 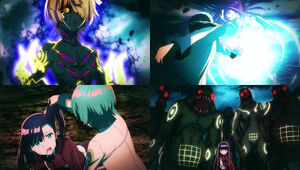 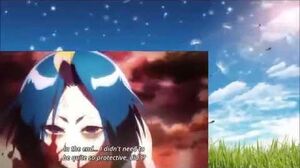 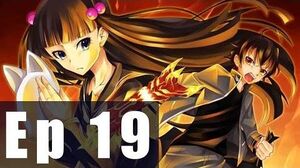 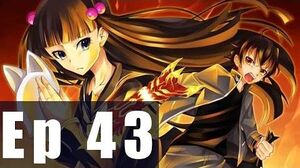 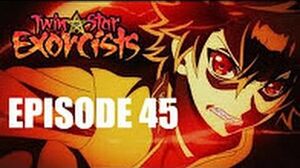 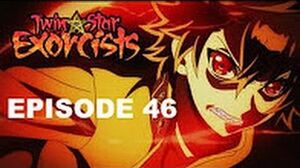 Sousei No Onmyouji Episode 46
Add a photo to this gallery

Retrieved from "https://villains.fandom.com/wiki/Yuto_Ijika?oldid=3854805"
Community content is available under CC-BY-SA unless otherwise noted.