To release ghosts from the parallel world and restore the British Empire.

Yvonne Hartman is an anti-villain appearing in the Doctor Who episodes "Army of Ghosts" and "Doomsday". She is the director of the Torchwood Institute, operating from Canary Wharf tower.

She was portrayed by Tracy Ann Oberman.

Yvonne Hartman is the director of the London Branch of Torchwood located in Canary Wharf. In their building they release ghost from the parallel world where the Cybermen are from. By doing this she unknowingly released Cybermen into Earth. When the Doctor tried to stop her, she interfered, capturing him and his companion Jackie Tyler, and impounded his TARDIS. She wouldn't listen to the Doctor's protests to stop doing the ghost shifts. However after a while she heeded the Doctor's warning and delayed the next ghost shift. However some of her staff did it anyway and more Cybermen who capture her, the Doctor, and Jackie. The Cybermen then activate more ghost shifts, causing nearly 5 million Cybermen to come to Earth.

In hopes that the Cybermen will show her mercy she surrenders on behalf of Torchwood. It turns out that the Daleks (later revealed to be The Cult of Skaro) have also come to Earth and in another room in the Tower and have captured Rose and Mickey. To prepare for battle with the Daleks, the Cybermen started to convert people into Cybermen. Despite her protests she and Jackie are taken away will the Doctor stays for questioning. Although Jackie manages to escape Yvonne is forced to go through the painful process of being converted into a Cyberman. Later while the Doctor and Rose try to start a portal send the Daleks and Cybermen back to another dimension several Cybermen head up there, hoping to retreat through the breach and regain their homeworld. however Yvonne as a Cyberman cuts them off and kills them all with a Cyberman gun.

Although her fate is unknown it is assumed that she got send back to the Cybermen's dimension with the other ones. It is also mention in the Torchwood web series that after the battle a lone Cyberman was found on a stair case and was killed by guards, this also could have her. 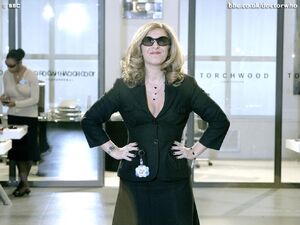 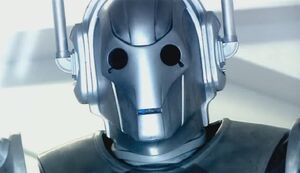 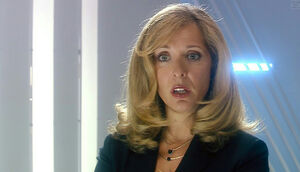 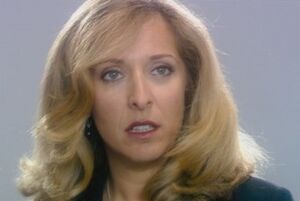 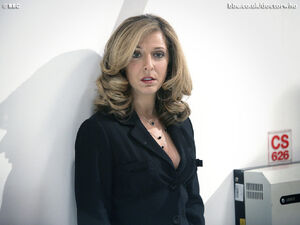 Retrieved from "https://villains.fandom.com/wiki/Yvonne_Hartman?oldid=3451845"
Community content is available under CC-BY-SA unless otherwise noted.