At Midnight I'll Take Your Soul

Spurning both emotion and conventional morality.

Find a perfect woman to bear his child.

Josefel Zatanos, better known as Zé do Caixão (translated from the Portuguese as Coffin Joe), is the antagonist of his own trilogy of films. He has a high body count under his name and his ultimate goal is to produce the perfect male heir.

He was portrayed by the late José Mojica Marins, who was also the director of the trilogy.

At Midnight I'll Take Your Soul

In his first movie, Zé do Caixão is the local undertaker in the small Brazilian community. He openly mocks the supernatural in front of his superstitious and cautious neighbors and he says that if the supernatural will come for him, then let it come for him. He goes to see a gypsy medium, and she tells him not to mess with the spirits. Zé do Caixão proceeds to try to rape several women of the village, killing men who uncover his tracks, and then he proceeds to have second thoughts when he finds one of his murdered victims was pregnant.

He momentarily repents and leaves off killing. When the Day of the Dead arrives, Joe goes to his victim's graves, convincing himself that they are dead, because since his murders he has been plagued by their ghosts. However, his victim's ghosts catch up with him and torture him mercilessly until townspeople arrive, upon hearing Zé do Caixão scream, and Joe is left in a near-death state.

This Night I'll Possess Your Corpse

In the second movie, Zé do Caixão has been released from the hospital upon deemed being stable enough to return to society. However, he continues killing whenever obstacles stand in his way and he finally learns that all the ghosts of all the people he has ever killed will come back for one great revenge.

In the film, Zé do Caixão has a horrible nightmare where he is dragged to a cemetery and pulled to Hell, but to his disbelief, he finds that not only does an afterlife exist, but that the Devil shown in Hell looks like himself. When he awakes from his nightmare, Joe realizes what he needs to do. He goes to check on the bodies of his recent victims to prove his fears wrong. However his fears are proved terribly right when his undead victims rise up and paralyze him, drowning him in a well and leaving him for dead, but a priest appears and convinces Zé do Caixão to repent and face God.

In this third and final film, Zé do Caixão has been mentally repaired and he is out of prison. However, some fanatics who have been obsessed with him appear in his home and profess their services. Zé do Caixão goes off hunting after more women. He comes across a gypsy named Elena, who has met him before, and he knows she can contact spirits. Zé do Caixão kills Elena's aunts and then he seduces her until they both have sex underneath their corpses.

When this is happening, Zé do Caixão has a vision of the Otherworld; where he meets a supernatural man named the Mystifier who shows him all of the human sufferings. Zé do Caixão won't listen and makes on with abducting and raping women.

As his time draws near, the police hunt down Zé do Caixão and then they chase him into the forest, where they pursue him to an amusement park. There, after Zé do Caixão kills many cops, the priest arrives and impales Zé do Caixão. However, as Zé do Caixão has been revealed to be the Devil, he can never truly die. And what's more, he is successful eventually; he gets his women pregnant.

The demonic undertaker, Zé do Caixão. 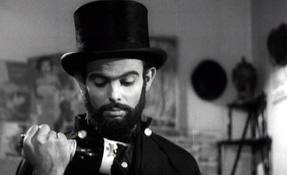 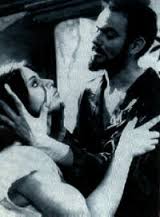 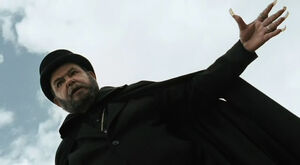 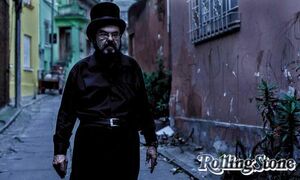 Retrieved from "https://villains.fandom.com/wiki/Z%C3%A9_do_Caix%C3%A3o?oldid=3708354"
Community content is available under CC-BY-SA unless otherwise noted.