Killing anyone on his sight

Zach Watterson is the main antagonist of The Amazing World of Gumball Season 3 episode "The Name". He is the evil alter-ego of Gumball Watterson.

He was voiced by Jacob Hopkins, the voice of the real Gumball Watterson as well as his doppelgänger, Chi Chi.

When Gumball learns his real name is Zach, he develops an alter ego in which he perceives himself as a cool winner. Unfortunately, the alter ego is also a major jerk to everyone, especially his family, and nearly takes over Gumball and his memories, whom Zach sees as a loser.

While the Wattersons were rushing to the City Hall in their car in order to change his name to Gumball legally, Zach attempts to erase Gumball from existence; like trying to shoot Tobias with a bazooka, and attacking Carlton and Troy with multiple tennis balls, and replacing them with fabricated memories as Zach.

Inside his mind, Gumball struggles against Zach, but eventually triumphs and defeats Zach by seeing the memory when he actually won something. He types his name on the game, causing Zach to be erased from existence and Gumball wakes up before writing down his name at the town hall, and his family was happy to have him back.

Zach is boastful, confident, arrogant, and, generally, full of himself, like the stereotypical jerk jock. Unlike Gumball, who recognizes his own failures, and lives with them, Zach refuses to acknowledge any of his shortcomings or losses, going so far as to alter the memories of his/Gumball's failures to turn them into victories. He also views Gumball as a loser.

He typically rides a purple skateboard around everywhere, and refers to himself in the third person while mentioning fake "cool" memories he has done with them at his school. 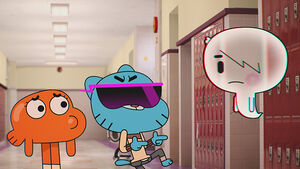 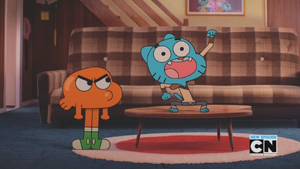 Zach gloating while Darwin glares at him. 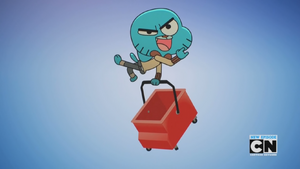 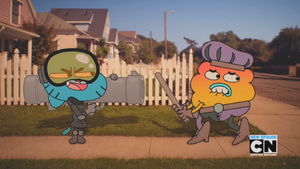 Zach trying to shoot Tobias with a bazooka. 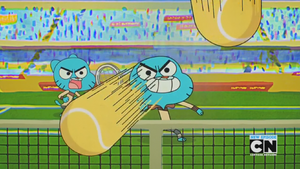 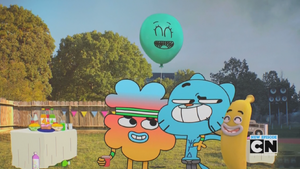 “Just accept it and fade away.” 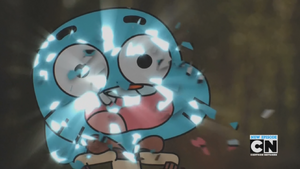