Zaggot appears in his human form as a tall elderly man in purple clothes and a long purple trench coat, wearing a long purple fedora hat and black casual leather shoes. He has a bald head but also has long green hair and a long green beard and mustache.

In his true form, he appears as a huge humanoid monster with feathered wings. 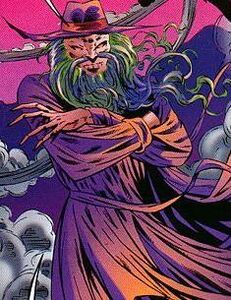 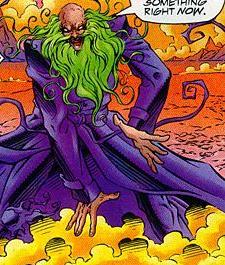 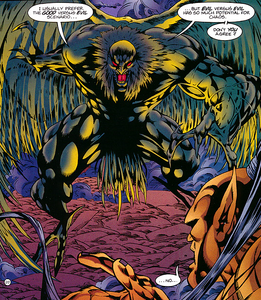