Zakennas are the demonic underlings of the Dusk Zone. They are used by the commanders of the Dusk Zone to attack Pretty Cure and wreak havoc while in the Garden of Rainbows. Their normal forms are large, shadowy faces with a large, throbbing temple. Because they have no actual physical form, they can easily shape-shift and take control of ordinary objects in the Garden of Rainbows, instantly doubling their destructive force. Zakennas are also able to take control of humans, though this is rarely seen.

The name Zakenna comes from a really bad Japanese curse "zakennayo", mostly said in form of "Uzakeru na" meaning "Don't mess around with me".

These two Zakenna begin to appear in the 2nd plot twist in the first season. They are the servants of the Seeds of Darkness, though not used as a weapon, but rather as a comic element in the series. In the second season they who care for the life of Hikaru Kujou, the child of the house, and are the butt of all his jokes and pranks. They tend to argue a lot for any stupidity and no one takes them seriously. As pets, they end every sentence with "Zakenna". 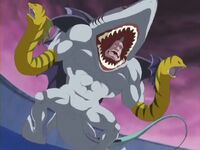 Snowman
Add a photo to this gallery 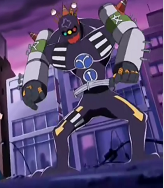 Statue of a rooster

Objects from a Baseball Field 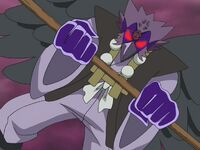 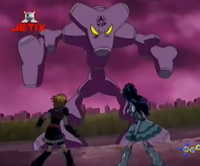 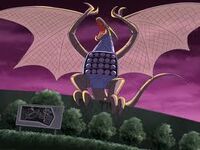 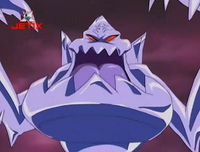 Dried Leaves
Add a photo to this gallery

Dinosaur
Add a photo to this gallery
Retrieved from "https://villains.fandom.com/wiki/Zakenna?oldid=3552829"
Community content is available under CC-BY-SA unless otherwise noted.